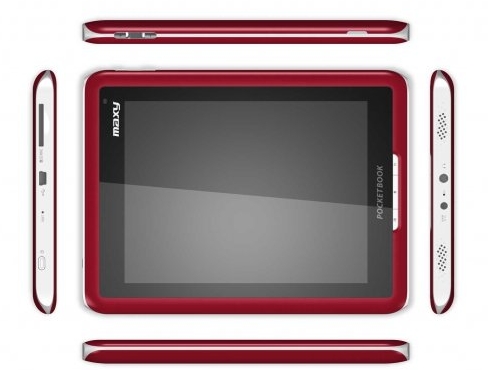 PocketBook plans to introduce a new line of eBook readers at the IFA show in Berlin next month. While these 6 to 10 inch devices probably won’t actually fit in your pocket (unless you have giant pants), they are fairly attractive little devices. While most take the usual approach of slapping an E Ink display on a tablet style machine with a low power processor, one of PocketBook’s upcoming models stands out, thanks to its color display and Google Android operating system.

The PocketBook IQ will have a 7 inch TFT color touchscreen display, integrated WiFi and Bluetooth. The device will run Google Android 2.0. There’s no word on the CPU, memory, or battery life. And honestly, I’m not entirely sold on marketing this kind of tablet as an eBook reader — you might as well just read books on your phone since there are Kindle, Nook, Kobo, and other apps available for Android, iPhone, and other mobile operating systems.

Still, as fans of the Pandigital Novel have discovered, sometimes the cheapest way to get your hands on an Android tablet without a 3G service contract is to buy an eBook reader and then hack the heck out of it so that you can start installing third party applications, adjusting the CPU clock speed, and making other changes.