PocketBook’s latest eReader features a 6 inch Carta eE Ink display and something you don’t often see on an eReader: a camera.

The Pocketbook Ultra has a camera built into the back of the case, allowing you to snap photos of documents and convert them into text files you can read on the high contrast ePaper display. 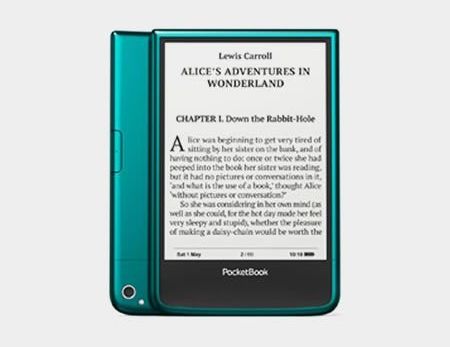 At least I’m pretty sure that’s what the camera’s for. At least a few retail listings for the PocketBook Ultra mentions OCR (Optical Character Recognition) software, which is the sort of thing that lets you convert scanned documents into searchable text documents with a desktop scanner.

at the moment, but the eReader appears to have a touchscreen display and WiFi, and it’s expected to sell for about 199 Euros in Europe. PocketBook doesn’t tend to sell eReaders in the United States, so don’t expect to see US pricing anytime soon. But if the PocketBook Ultra proves popular overseas, maybe we’ll see other device makers start slapping camera on eReaders.

Update: The PocketBook Ultra has a 1024 x 758 pixel display, a 5MP camera with flash, 512MB of RAM, 4GB of storage, and a 1 GHz CPU. It should get around a month of battery life under normal usage as an eReader. 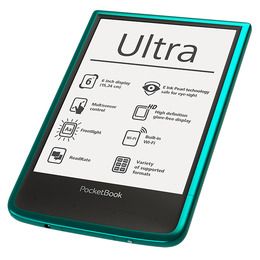