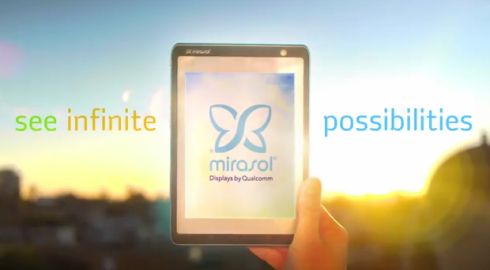 Mirasol has been showing off its technology for outdoor readable color LCD displays for over a year, but I haven’t seen any actual devices using Mirasol screens yet. It looks like that could change soon. A demo video for an upcoming tablet from PocketBook shows the device with a Mirasol display — although it looks like the screen has been drawn on. Hopefully the company will have some demos on hand at CES this year.

The tablet appears to be running some version of Google Android and apparently has a camera and an accelerometer. There’s a pretty large screen bezel, which may make the tablet easier to hold, but it’s not the prettiest mobile device I’ve ever seen.

Update: I met with the folks at both PocketBook and Mirasol, and while they confirmed that they’re working together, there’s no product to announce just yet.