There’s no shortage of miniature computers with ARM-based processors and relatively low price tags these days. I’ve been testing the MK802 $74 Android 4.0 PC on a stick for the last few days, and while it’s certainly no powerhouse, it’s a surprisingly versatile little device.

The Raspberry Pi is a $35 PC designed for education. And it seems like every day we see another mini PC pop up.

But the Infinitec Pocket TV takes a slightly different approach, by focusing first and foremost on the TV. 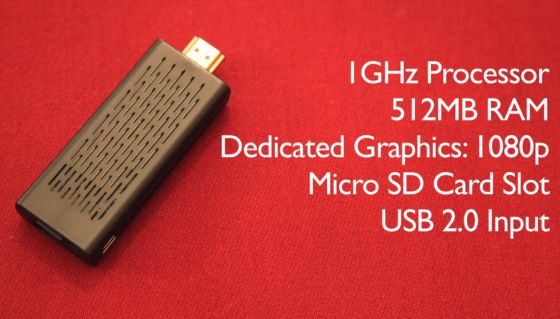 Infinitec’s device looks a lot like the MK802 at first glance. It’s a USB thumb drive-sized device with an HDMI port, a USB port, and Android 4.0 software.

But there are a few things that make the Pocket TV different from the MK802. First, it has a faster ARM Cortex-A9 processor. Second, it comes with a remote control, allowing you to navigate Google Android without plugging in a keyboard or mouse.

That makes the Pocket TV a little easier to use with that big screen TV in your living room than a device like the MK802 which ships without a keyboard or mouse to call its own.

Infinitec isn’t ready to ship the Pocket TV yet. The company has launched a Kickstarter campaign to raise money for the project — and the $100,000 goal has already been met.

Backers that pledge $99 or more will get early bird pricing for a Pocket TV and a standard IR remote. Eventually Infinitec plans to charge $160 or more for that same bundle. 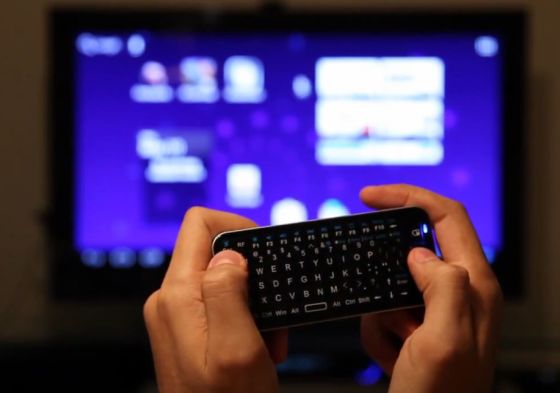 For $119 or more you can get an Air Remote instead of the standard remote. The Air Remote features a gyroscope sensor that lets it work as a motion controller for the Pocket TV, much the way a Wiimote works with a Nintendo Wii. The Air Remote also has a built-in QWERTY thumb keyboard for entering text.

Infintec says you can also use the Google TV Remote app to use an Android smartphone as a remote control for the Pocket TV. Or you can use any universal remote thanks to the Pocket TV’s IR port.

The Pocket TV features a 1 GHz ARM Cortex-A9 processor, Mali 400 graphics, 512MB of RAM, and 4GB of storage. it has a microSD card slot for expansion, and a USB host port for a USB flash drive, USB hard drive, or other peripherals.

You power the Pocket TV through the minu USB port. It transmits audio and video to a TV via HDMI 1.3.

The little device feature 802.11b/g/n WiFi. There’s a chance that the final version could also include Bluetooth, but right now that feature isn’t part of the package.

Like the MK802, the Pocket TV will come with the Google Play Store, which means you should be able to download and run hundreds of thousands of Android apps — although some will work better than others on a big screen display without a touchscreen.