Sure, there’s a chance you could turn your old smartphone into a pocket-sized Linux computer by replacing the operating system. But if you’re looking for a purpose-built device with a touchscreen display, a QWERTY keyboard, and features you won’t typically find on phones (like 4 USB ports), the folks at Popcorn Computer have you covered. 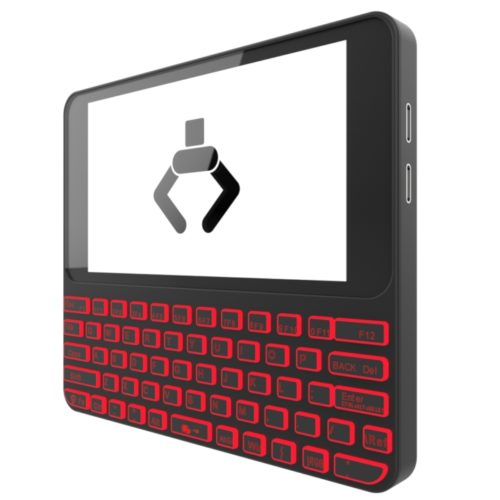 The team has unveiled plans to launch a new pocket-sized computer, appropriately called the Pocket P.C.

It’s set to go up for pre-order through a crowdfunding campaign beginning November 24th. Prices will start at $199 (or $249 for a model with a LoRa radio). And if everything goes according to plan, it could ship by May 1st, 2020.

The designs are said to be complete, and there are working PCB prototypes, keyboards, and firmware — but mass production won’t begin until after crowdfunding is complete.

Popcorn Computer, by the way, is the same group that attempted to revive the C.H.I.P. single-board computer earlier this year… but only ended up raising $5,091 toward a goal of $250,000.

I guess the good news is that unlike some folks who set unrealistically low crowdfunding goals, the company behind the Popcorn Computer brand seems to know how much it actually costs to go from prototype to product-ready-to-ship.

So there’s a chance that the Pocket P.C. may never see the light of day. But hopefully there’s not too much risk that you’ll end up paying to back a campaign for a product that’s never completed. 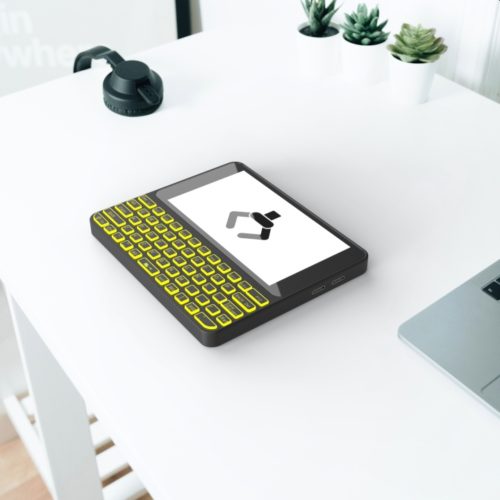 Alright, now that the caveats are out of the way, let’s talk specs.

It has a 3,200 mAh battery — which is removable. There are four USB Type-C connectors (one with USB Power Delivery for charging, two host ports, and one that works with a USB-to-Serial converter for console output).

Other features include 2.4 GHz WiFi and Bluetooth 4.0 support, an Optiga Trust M secure element, and an internal microSD card connector with support for up to 256GB of removable storage.

The handheld computer supports Debian 10 with the mainline Linux kernel.

There’s no word on whether the team has reached out to Microsoft to make sure they won’t be sued for the use of the name “Pocket PC,” which is the name Microsoft used for early versions of its operating system for handheld computers… although maybe that’s the reason Popcorn is branding the new device as Pocket P.C. (with periods between P and C).