The Pocket P.C. from Popcorn Computer is a handheld computer with a 4.95 inch full HD display, a thumb keyboard, and a 1.2 GHz ARM Cortex-A53 quad-core processor. First unveiled in 2019, the Pocket P.C. still isn’t shipping to customers just yet.

But Popcorn Computer says it has begun shipping units to developers, which is an important step toward ensuring that the computer will actually be useful when it is available for everyone else. 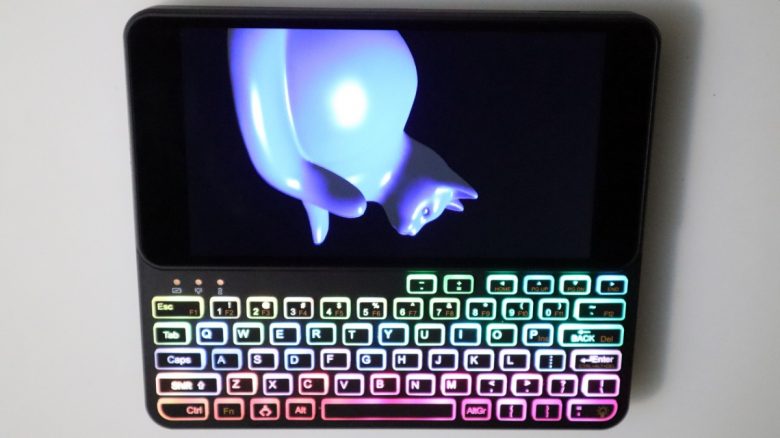 The company says it’s still finalizing the Debian 10 GNU/Linux software that will be pre-installed on the Pocket P.C., but that the work is “ongoing and progressing rapidly.”

But part of the point of this handheld is to be an open platform, so you may also be able to install other operating systems – Popcorn Computer’s parent company Source Parts recently announced it’s working to port postmarketOS to work on the device as well. The team also released the hardware design files for the Pocket P.C last year, which means that anyone who’d prefer to build their own device (or customize the design) can do that rather than buying one.

The Pocket P.C. is available for pre-order for $299 and up. The starting price will get you a WiFi/Bluetooth model with four USB-C ports, a 59-key backlit keyboard, a 3,200 mAh removable battery, 2GB of RAM, 32GB of eMMC storage, and a microSD card reader.

You can also pay $399 for a model that also has a LoRa module for low-power, long-range networking. Both are expected to ship before the end of the year (although you might want to take that Q4, 2021 estimate with a grain of salt, since the Pocket P.C. was originally supposed to ship in 2020).