The Popcorn Computers Pocket P.C. is designed to be a handheld Linux computer with a 4.95 inch full HD display, a built-in keyboard, and a ARM Cortex-A53 quad-core processor.

But the developers have already open sourced the hardware by releasing the latest design files. You can find the at the project’s GitHub page. 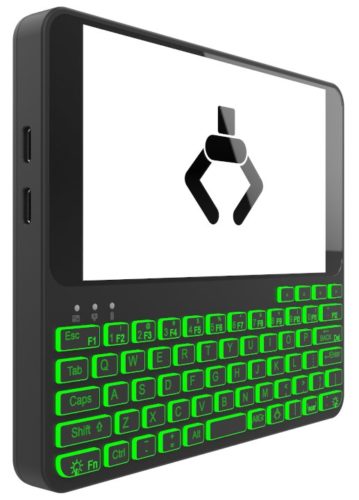 Keep in mind that the Pocket P.C. is still under development, so Popcorn Computers is sharing some design files before they’ve even been fully tested. The company is currently in the process of having printed circuit boards manufactured, and hopes to assemble the first 25 test units later this month.

So while it’s nice to see the hardware go open source even before it’s released, you might want to wait for updated designs before attempting to build your own Pocket PC from scratch or modifying the design to create something new.

It’s unclear at this point when the Pocket P.C. will actually ship. The company obviously missed its initial goal of shipping in May, 2020 because these things often take longer than anticipated and it’s likely that nobody planned for a global health crisis to interrupt manufacturing processes for a few months.

But if and when the Pocket P.C. makes the jump from prototype to product, the plan is to deliver a pocket-sized computer with:

For an extra $50 you can also opt for a model with a LoRa radio.

via Popcorn Computers and Hacker News