You might buy a new phone every year or two and a new laptop every few years. But odds are you don’t buy new WiFi routers all that often. So it’s no surprise that the companies that make home networking gear are looking for new ways to squeeze some ongoing revenue out of you.

But with that in mind, Plume‘s decision to launch a $60 per year subscription service along with its new mesh WiFi routers actually makes a lot of sense. Along with features that wouldn’t otherwise be available, Plume offers a lifetime warranty which means that once you make an initial investment you’ll never have to pay for hardware again. Plus Plume has a pretty good incentive to keep rolling out software and feature updated indefinitely.

The new Plume SuperPod goes up for pre-order June 15th for $39 and up and ships June 21st. You’ll need to sign up for a subscription in order to buy one though. 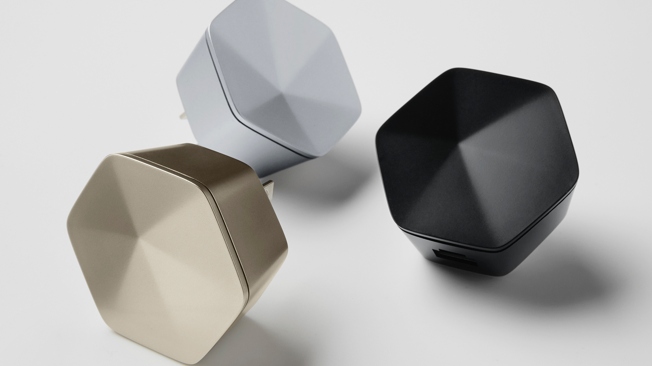 The SuperPod is basically an updated version of Plume’s original pods, featuring tri-band, 8-channel WiFi (up from dual-band, 4-channel). There are also two Ethernet jacks instead of one.

So first let’s talk about what you get for $39: a new Plume SuperPod router plus three of the company’s first-gen pods that you can place around the house to flesh out your WiFi network.

That’s a crazy-good price for a single tri-band WiFi router, let alone for a 4-pack of networking gear. But you will need to pay at least $60 on top of that for a subscription, and Plume is hoping you find enough value in that subscription to keep paying year after year.

Cancel your membership and you can still use the routers’ basic functionality. But paying subscribers get access to parental controls, a cloud-based management system, and other enhancements.

And, as mentioned, if one of your pods dies in a few years Plume will send you whatever the latest model is as a replacement… as long as you have an active subscription.

If you want a more powerful pack of hardware you can also opt for a $249 kit that includes 4 SuperPods. Plume will also sell subscribers additional pods for $39 each or SuperPods for $99 each if you need more than the number included in a starter pack.

Oh, and if you don’t like the idea of being on the hook for $60 per year indefinitely, Plume is offering a lifetime membership option for $200. If you’re confident the company will be around for more than 3 years (and that you’ll be happy with the products), that seems like the way to go if you can afford to pay that much up front.

via Ars Technica and The Verge