These days there are plenty of ways to interact with computers including mice, touchpads, touchscreens, and pens (and keyboards, of course). But one option that’s largely fallen by the wayside is the trackball.

While a handful of companies continue to offer “trackball mouse” accessories that are basically mice with a rolling wheel in the side, there aren’t many decent standalone options.

The folks behind ploopy are hoping to change that. They’re taking pre-orders for a modern Trackball Kit, but the entire project is open source — so if you’d rather build your own you can find instructions at GitHub. 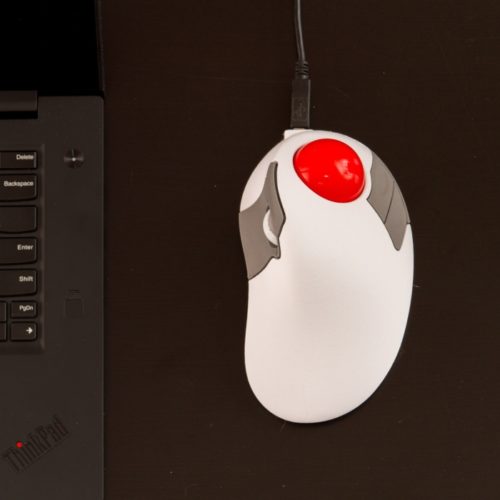 With a pre-order price of $200 CAD (about $150 US), the ploopy trackball isn’t exactly cheap. But it’s a heck of a lot more affordable than its inspiration — Microsoft’s Trackball Explorer was discontinued years ago and if you want to buy one now you’ll probably end up paying more than $500.

Or… if you have a lot of patience, access to a 3D printer, the ability to make or purchase a custom printed circuit board and… yeah, odds are only the most die-hard enthusiasts are going to assemble one of these from scratch.

But the truth is there are some die-hard enthusiasts out there who have never been as satisfied with mice, touchpads, or any other input device as they have the classic trackball design.

While the industry has largely moved on from trackballs, it’s kind of exciting to see an open source project aimed at keeping this style of device alive.

Personally I’ve never been a fan of trackballs — some folks swear by them, but I’ve never found them to be as comfortable to use as a mouse. Maybe I just didn’t take the time to learn my way around the trackball, but judging by the near-disappearance of the design, I’m pretty sure I’m not alone.

via Hacker News and GitHub