Over the past few years Plex has largely become a media streaming company, offering thousands of ad-supported movies and TV shows that you can stream to a smart TV, mobile device, or a computer. But Plex began its life as a fork of XBMC, a home theater PC solution.

Now the company is getting back to its roots a bit with the official release of a Plex HTPC, a new desktop app for Windows Mac and Linux that provides a TV-friendly user interface for watching movies and TV shows, listening to music, viewing photos, or running third-party apps and services. 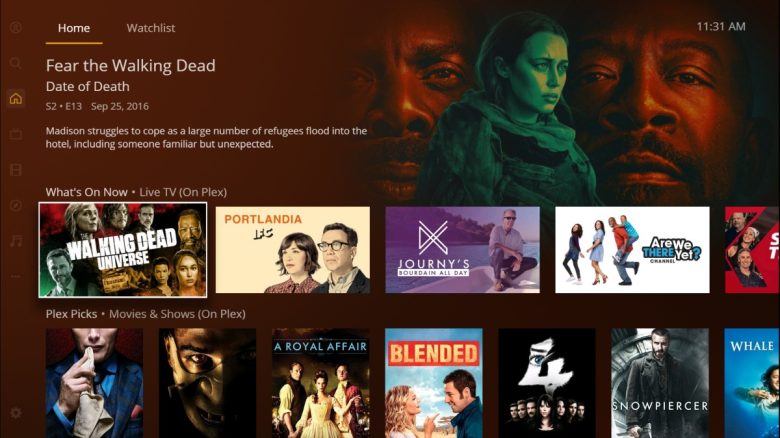 Plex has actually been releasing test builds of its HTPC app for a little over a year, but the software now appears to be out of beta. The new Plex HTPC app is also now available for Linux (previous builds had been Mac and Windows only), and the Plex desktop app (which doesn’t have a TV-sized interface) is also now available for Linux. Right now the Linux apps are only available as Snap packages, but Plex is also working on Flatpak builds which should allow them to be installed on more GNU/Linux distributions.

The new Plex HTPC app comes a few years after Plex had announced plans to end support for its legacy HTPC software, only to received feedback from folks who were still using the software on home theater PCs. While HTPC users make up a small portion of Plex’s active user base these days, it’s a vocal crowd that likely includes some of the folks who’ve been using Plex the longest.

Anyway, Plex eventually did an about face, returning to the HTPC space with its new app that includes a 10-foot user interface (meaning the text and graphics are designed to be easily visible from a couch while you’re sitting in front of a TV), and many of the same features you’d get while using Plex’s smart TV, mobile, or web apps including support for: