Sony brought its TV streaming service to the United States in 2015, but at launch the PlayStation Vue services was only available in a handful of markets. Now you can use Sony’s TV-over-the-internet service in 203 US markets. 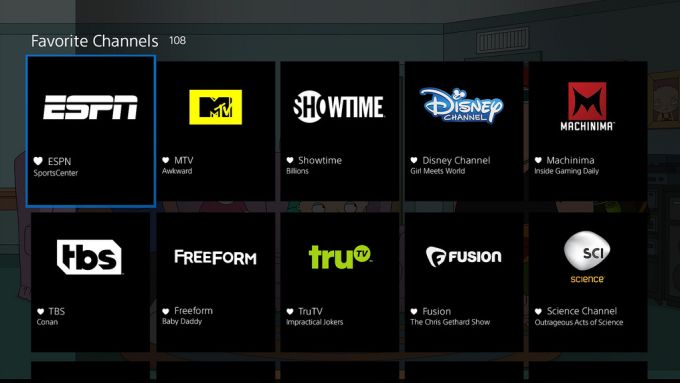 The prices are a lot lower than you’d probably pay for cable or satellite TV… until you take into account the fact that many people get their TV and internet from the same source, and the price of a bundled package might not be that different from the price of standalone internet services + PlayStation Vue.

Another thing to note about PlayStation Vue is that in most markets, you don’t get access to live streams from NBC, ABC, or Fox. You can watch most prime time shows from those networks, but not in real-time. You’ll have access “within 24 hours after airing.” Sony says live and on-demand CBS programming is coming soon “to select cities.”

Sony’s streaming TV service has a few nice features going for it, including the ability to stream content to multiple devices simultaneously, and a cloud DVR function that lets you “record hundreds of shows at once and store thousands of hours of content.”

Rival Sling TV also offers live and on-demand content from a range of popular TV channels. Sling has a lower starting price of $20 per month, and supports a wider range of hardware (including Roku, Chromecast, Android, iOS, Windows, and Xbox One devices). But the two companies offer different groups of channels in their entry-level tiers, and and different ways of adding channels to those lineups.

Fortunately, both companies also offer free 7-day trials, so you can check out the service before deciding whether to cut your cable bill (or sign up for pay TV, if you’re already a cord cutter).