It’s been close to two decades since Nintendo’s Game Boy Advance was state of the art in the handheld gaming space. But folks are still finding new uses for the handheld console with a 2.9 inch, 240 x 160 pixel display and 16.8 MHz 32-bit processor.

One of the latest examples? You can use it to play games developed for the original PlayStation or other classic consoles… kind of. 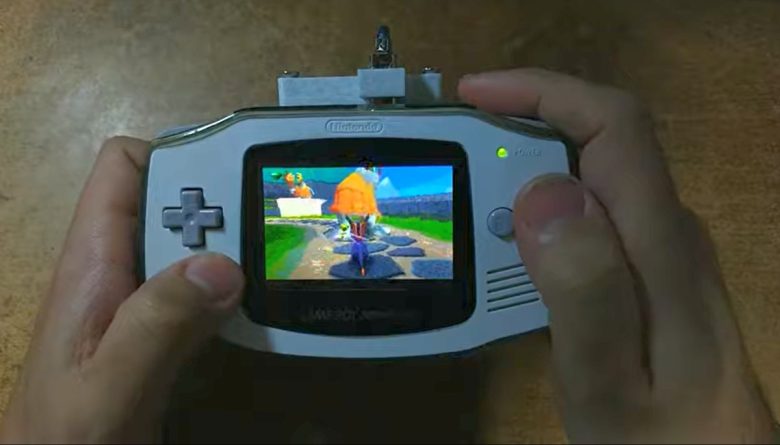 The Game Boy Advance itself isn’t nearly powerful enough to run PlayStation games natively. But developer Rodrigo Alfonso came up with a workaround that involves creating a custom cartridge that’s basically its own computer and then setting it up so that the cartridge can communicate with the Game Boy Advance, allowing you to use its screen and controllers.

Since the Game Boy Advance was designed to support multiplayer gaming with a Link cable, Alfonso was able to solder one of those cables to pins on the Raspberry Pi, allowing games to effectively be streamed to the GBA.

Since games are actually running on the Raspberry Pi, you don’t even need to make any modifications to the Game Boy Advance itself (although the unit shown in Alfonso’s video has been hacked with a backlit LCD and an overclocked processor).

But creating that custom, Raspberry Pi-powered cartridge does seem like a lot of work. You can find instructions, software, and other details at the project’s GitHub page if you want to try making your own. Or you can just check out the game play demo and build videos below.