PlayOn has been offering a Windows app for years that lets you stream internet video to a mobile device or a TV box (like a Roku, Chromecast, or most recent video game consoles). Just load PlayOn on your PC and you can stream content from over a hundred channels including Netflix, YouTube, Hulu, HBO, and more.

Now PlayOn is launching version 4.0 with a new user interface, improved DVR-style functionality, and a new pricing scheme: you can use PlayOn to stream internet video in real-time for free. There’s no subscription required if you want to stream content to your PC or stream local video to a TV.

But if you pay $5 per month, $40 per year, or $60 for a life-time PlayOn Plus subscription, you get DVR and ad-skipping features and support for streaming internet content to a TV or mobile device. 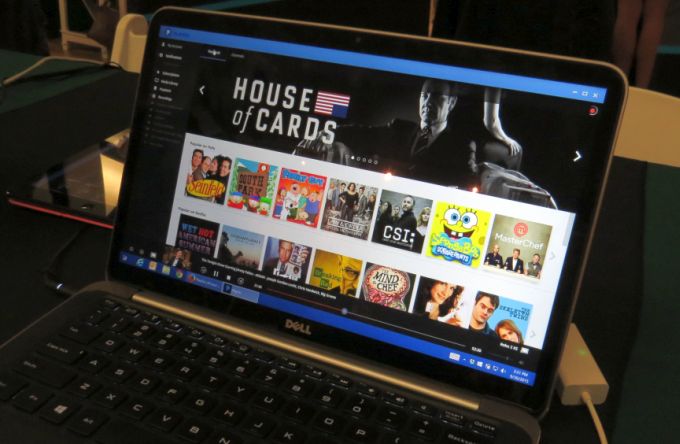 The free service could come in handy if you want to use PlayOn’s search and organization tools for internet video or if you want to stream local video to a TV.

But the really cool stuff in PlayOn 4.0 comes when you pony up a little money for a subscription. You can save broadcasts for later viewing (which could come in handy if you have an unreliable internet connection or want to save some videos to watch on your phone or tablet when you’re on a flight.

The DVR features also let you record “seasons” of web video. Want to record every episode of the Tonight Show? Just find the show and PlayOn will automatically download new episodes as they become available.

The software also detects commercial breaks by looking for the pauses at the start and end of each break. So while each recording includes commercials, you can opt to skip them automatically when you start playing a recording.

Automatic commercial skipping software isn’t always perfect, so if you find yourself missing a chunk of the TV show, you can always rewind a bit — the parts of the program marked as commercials are still stored on your PC.

I’ve tried earlier versions of PlayOn in the past, and while the software offers an interesting value proposition, it can be a little sluggish at times if you’re running it on old hardware. PlayOn representatives tell me it should work pretty well on any reasonably powerful PC released in the last three years or so… but if you’re running it on low-end hardware, your system might slow down a bit if you’re trying to record or stream TV and do something else with the computer at the same time.

9 replies on “PlayOn 4.0 lets you record internet video and skip the ads, DVR-style”