The Amazon Fire Tablet may not be one the best tablets money can buy, but more than a year after its launch, the $50 Amazon Fire is still one of the cheapest tablets that’s actually good enough to consider worth buying.

But there is one big catch: while the tablet runs a customized version of Android, it’s designed to use Amazon’s app launcher, Amazon’s app store, and Amazon’s music, video, eBook, and other experiences, and not Google’s.

The good news is that the tablet has proved to be very hackable.

Update 7/10/2017: This article was written about the 2015 model, which shipped with an earlier version of Fire OS. As of the time of this update, the latest version of the Fire tablet ships with a newer version of Amazon’s Android-based operating system, and hackers haven’t found a way to root the device or install custom ROMs yet. But you *can* install the Google Play Store, even without root access.

Here’s a video showing the process for doing that on the Fire HD 8 with Fire OS 5.4. The steps are virtually identical for the 7 inch Fire tablet with the same OS.

Keep an eye on the Amazon Fire forum at xda-developers or the Kindle Fire community at reddit for any changes… or if you do find yourself with a Fire tablet running Fire OS 5.3.1 or earlier, check out the tips below for hacks you might be able to perform 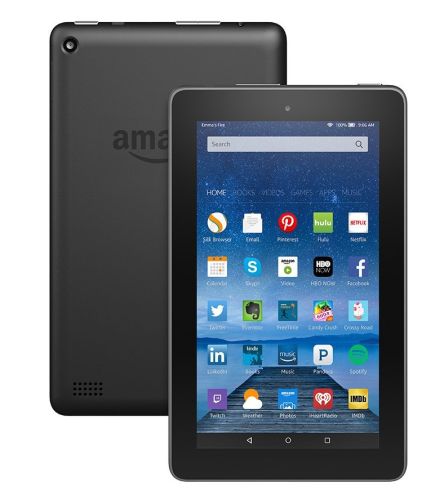 Last year we highlighted some of the tricks users had found to root the tablet, install the Google Play Store, and even replace the operating system with a custom ROM.

But Amazon has rolled out a number of software updates, and users have found a number of new ways to bend the tablet to their will. So here’s a roundup of some of the things you can do to change the software experience on Amazon’s most affordable Fire tablet.

Note that everything listed below is confirmed to work with the Fire Tablet running Fire OS 5.3.1, and may work with Fire HD 8 or Fire HD 10 tablets running the same version of Amazon’s Android-based OS.

While you don’t need root access to install the Play Store, change the app launcher, or perform some other functions, root does allow you to run some root-only apps like Titanium Backup.

RootJunky has released a “SuperTool” utility that makes it easy to root the tablet so that you have access to system files and settings, install the Google Play Store, and prevent the tablet from receiving over-the-air-updates from Amazon.

That last piece is important, because if your tablet is set up to automatically install updates, you might end up losing root access and finding that you’re unable to regain it.

The utility also lets you boot into TWRP or CM custom recovery. 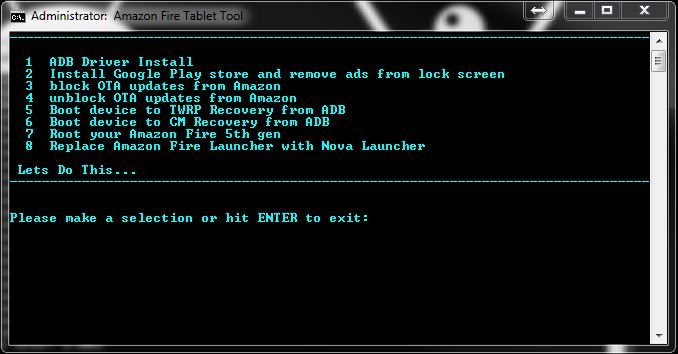 The RootJunky Supertool is available in two versions: one for Windows and the other for Mac and Linux.

Install the Play Store (without root)

Just want to be able to install apps from Google’s Play Store instead of (or in addition to) the Amazon App Store? You don’t need to root your device.

All you need to do is follow this guide to enable apps from unknown sources, install a file manager from Amazon’s store, and then download and run the installers for the Google Account Manager, Google Services Framework, Google Play Services, and Google Play Store.

Then you’ll not only have access to a much wider selection of apps and games, but any apps that you’ve already installed on your phone or other Android devices through Google Play will be available on your Fire Tablet. In some cases, some of your data may even be synchronized.

Use LauncherHijack to enable a third-party launcher (without root)

Don’t like Amazon’s home screen and app launcher? Out of the box, Amazon doesn’t let you do it. But hackers have found a few different methods over the past year.

One of the better methods for replacing the launcher comes courtesy of xda-developers forum member parrotgeek1… but while this hack seems to work with Fire OX 5.3.0, I’m not sure if it works on version 5.3.1 or later… which is what any new Fire tablets you purchase will likely ship with.

You know how I mentioned above that Rootjunky’s SuperTool will let you boot a custom recovery? Once you’re there, you can flash a custom ROM onto the tablet… which used to be the recommended way to load a custom ROM that lets you forego Amazon’s customized version of Android for a different OS of your choice.

Now all you need to do is root your tablet with SuperTool, install Chainfire’s FlashFire utility, and then use it do install the ROM of your choice. 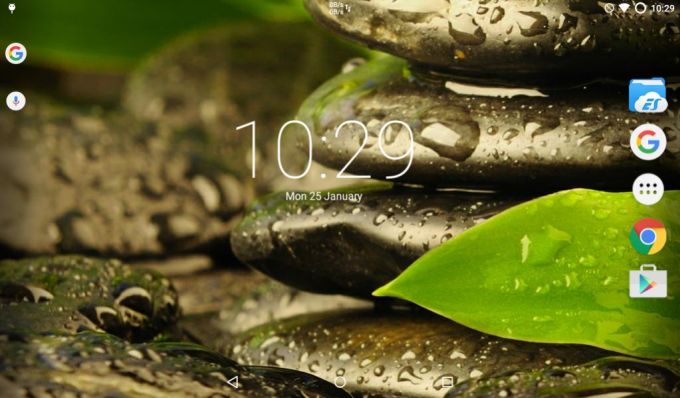 There’s even a Fire Nexus ROM, which is designed to bring a near stock Android experience to Amazon’s tablet… and which also supports a huge array of customization features through the Xposed Framework.

You can find more information about custom ROMs and other flashable firmware updates including custom recoveries and kernels at the xda-developers forum.

And another great resource for all things Amazon Fire hacking-related is the Amazon Fire Index post by sd_shadow.

Or just check out the main index for the Amazon Fire tablet at xda-developers, but I’ve tried to curate some of the most useful links here.