Want to play Final Fantasy X or Gradius V on your Android tablet? There’s a PlayStation 2 emulator that’ll let you do just that… as long as you don’t mind reeeaallly slow frame rates.

Play! is still under development, but you can join the beta community to sign up as as a tester if you want to give the emulator a try. 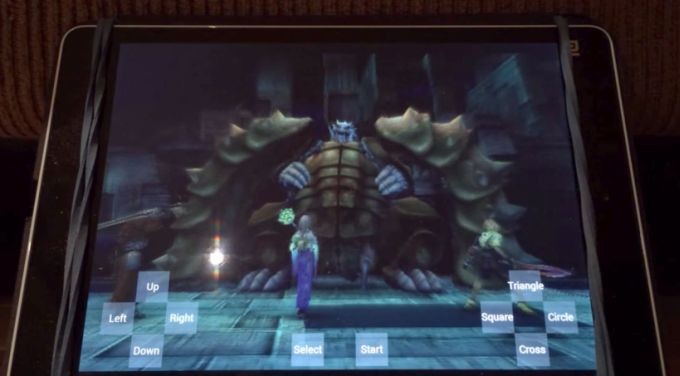 There are plenty of game system emulators for Android. You can run GameBoy, NES, Nintendo 64, and even PlayStation 1, GameCube, and Wii games on an Android device. But the PS2 is kind of the Mt. Everest of emulation challenges.

To date, there’s only been one particularly successful PS2 emulator for PCs, although a few others are under development. The problem is that the PS2 was a pretty complicated machine which relied on Sony’s Emotion Engine CPU and Graphics Synthesizer GPU and even Sony had to basically put the same chips into early versions of the PlayStation 3 in order for users to be able to run older games developed for the PS2 on the newer, more powerful hardware.

So the fact that PS2 games run at all on low-power Android phones and tablets is pretty impressive. But right now while you can load some games in the Play! emulator, games run so slowly that they might not be much fun to play.

Play! is also available for Windows and OS X, so you might have better luck on those platforms… or you could just try the PCSX2 emulator which has been around for a while (or consider just buying a used PS2).

9 replies on “Play! is a PlayStation 2 emulator for Android (extremely beta)”