Cards Against Humanity is a party game for horrible people. At least that’s what the creators say. It is actually a card game that crosses all of the lines of polite behavior by requiring players to respond to questions with some of the most hysterically offensive content imaginable. Almost everyone I know who has ever played the game loves it.

Software developer Dawson Whitfield recently published an online version of the game called “Cards Against Originality” that allows people to play the game digitally for free. So, if you are stuck at an airport with your family, you can all break out your smartphones, tablets, or laptops, and let the hilarity ensue – no deck of cards required. 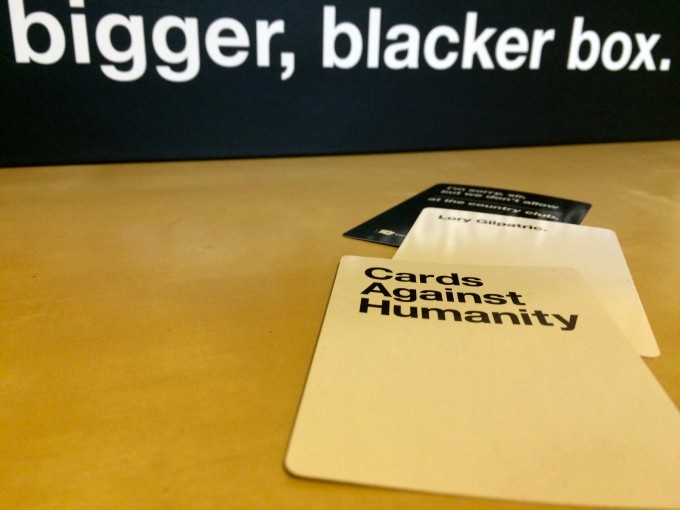 Don’t worry. Whitfield isn’t stealing anything. Cards Against Humanity is available under the Creative Commons license (BY-NC-SA 2.0), which means anyone can use the game’s content for any purpose, as long as the original developer is credited, it doesn’t make a profit, and has a different name.

One player starts a game from the home screen and sends the link to all other players. Then, each person’s screen will feature a hand of 10 White Cards. One person will play the Card Czar, or judge (it’s up to you to decide who goes first). That person’s screen will show only the Black Card. 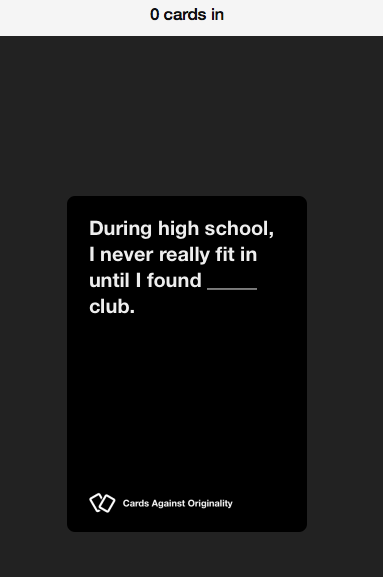 The judge will read the Black Card aloud. None of the other players will be able to see it on their screen. Each other player then submits their best White Card in response. The screen will display an animation of cards being shuffled.

The White Cards will appear on the Card Czar’s screen. The Czar will pick his or her favorite White Card and the winner will receive the Black Card as a reward.

In keeping with the original intent of Cards Against Humanity, Cards Against Originality is only playable locally. Even though you play the game online, players must still be in the same room in order to participate. That’s why only the Card Czar can see the Black Card and everyone’s submission for White Cards. The game still requires players to read the cards out loud. 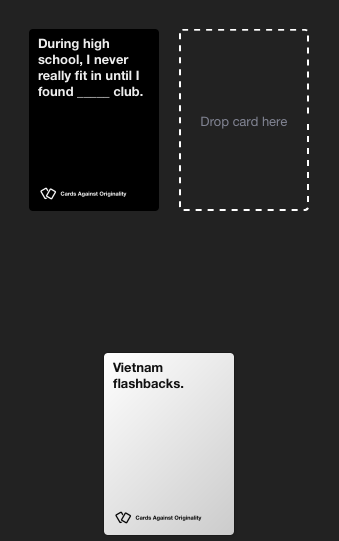 When I asked Whitfield in an email why the game wasn’t playable remotely, he responded, “I built the app to ‘fill in’ when we didn’t have the real cards on hand. CAH got it so right, so I tried to mimic the nuances of the gameplay as close as possible.”

He also noted that there have been a lot of requests for remote playability, but he wants to be “careful not to disrespect the original game.” He is not ruling out remote gameplay entirely. Whitfield says it may end up as a feature in version 2.0.

Cards Against Originality includes the base game, plus all five expansions. So, if you don’t have your Big Black Box nearby, you can still play the most offensive card game in existence on your smartphone, tablet, or laptop computer.

3 replies on “Play Cards Against Humanity online, even without the Big Black Box”