Chinese electronics manufacturer Plater is showing off several new compact desktop computers at the Hong Kong Electronics Fair this week, including one of the first Intel NUC-like mini PCs to feature an Intel Whiskey Lake-U processor.

According to Notebook Italia, the Plater Kodlix WB1 should be available later this year. 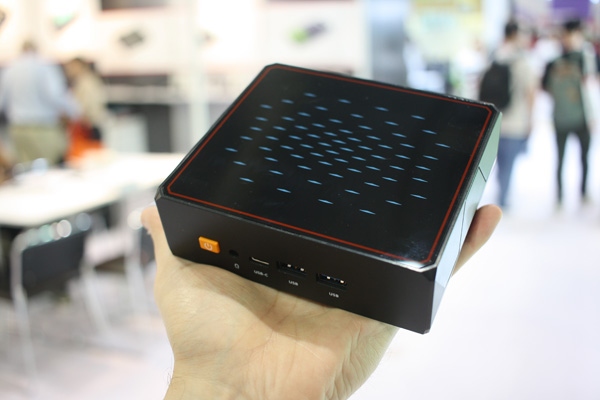 Whiskey Lake-U are part of the same 8th-gen Core processor family as the Kaby Lake Refresh U-series chips Intel launched last year, but they have built-in support for Gigabit WiFi and support for higher turbo/boost speeds for slightly better performance.

So far most of the computers we’ve seen featuring the new chips have been laptops. Plater is the first company I’m aware of to announce a Whiskey Lake-U mini PC.

Notebook Italia says the computer features a fanless design, but I’m a little skeptical that a chassis that small will be able to dissipate heat efficiently without some serious heat sink/ventilation going on.

Plater is also showing off a new Kodlix KB1 mini PC with a similar design, but with Kaby Lake Refresh processor options, and a slightly smaller model called the Kodlix GM9, which comes with an Intel Celeron or Pentium Gemini Lake processor.

While Plater isn’t exactly a household name in the West, there’s a chance you might be able to buy one in the US at some point. Amazon currently sells some of the company’s older mini PCs for about $100 and up, although the new model has a significantly more powerful processor and will likely have a higher price tag to match.