There’s a new player in the smartphone operating system space: the folks behind the KDE desktop environment for Linux-based desktop computers have just unveiled Plasma Mobile. 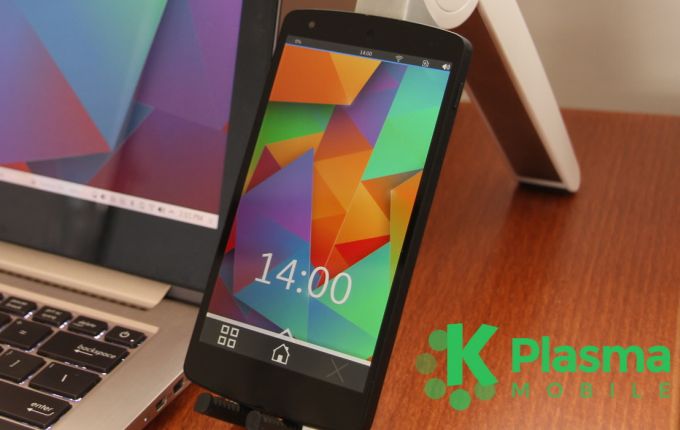 Plasma Mobile is basically a mobile version of the desktop Plasma user interface. It’s free and open source software, and while there aren’t any phones that ship with Plasma Phone OS, you can download and install the software on a Google Nexus 5 using the same tools you would use to install Ubuntu Touch.

The software is based on the Kubuntu operating system with an Android graphics driver, the kwin/Wayland display server. Plasma Mobile isn’t tied to Kubuntu though — it should work with other operating systems. The Nexus 5/Kubuntu software is just a reference implementation that makes it relatively easy for anyone to test the software.

There’s also support for KDE Plasma widgets, and eventually the goal is to offer a “convergence” experience that will allow you to run desktop apps on your mobile phone. While that might not make a lot of sense when you’re using a 5 inch screen, it could come in handy when you connect your phone to an external display.

If you’ve used the desktop version of KDE Plasma, you’ve basically used 90 percent of the code that can now run on smartphones. The difference is that the mobile version uses a new shell/workspace designed for smartphones. That’s where you get the app launcher, settings, task switcher, and other features.

So what can you actually do with Plasma Phone OS? In addition to Plasma apps, the software currently supports apps developed for Ubuntu smartphones, devices running Jolla’s Sailfish OS, and eventually there are plans to support Android apps.

via vizzzion and Hacker News