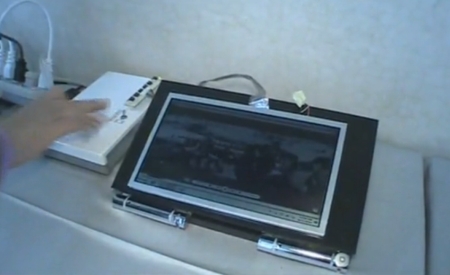 OK, so you’ve probably heard of Pixel Qi‘s display technology which offers the ability to toggle between a high power, full color more and a low power, high contrast mode that almost looks like an E Ink display. The advantages are the ability to see the screen outdoors, even in bright sunlight, and lower power consumption. But just how much lower?

When I met with the Pixel Qi folks earlier this year they told me that the screen uses 5 times less power in high contrast mode, dropping from about 2.5 watts to 0.5 watts. But the screen isn’t the only thing that matters, so overall energy use is going to vary from device to device.

Jkkmobile caught up with Pixel Qi this week at Computex, and they plugged a demo tablet with a Pixel Qi display into a Kill A Watt device that measures energy consumption. When you shut off the backlight, total power consumption drops from about 6 watts to about 4 watts — which could prolong battery life by as much as 2 hours on a low power tablet or netbook with an ARM-based processor.