There are a few key selling points for Google’s Pixel smartphones. They tend to have great cameras. They get security and software updates delivered straight from the company that makes the Android operating system that powers most of the world’s smartphones. And they have some unique features that aren’t widely available on other phones.

From time to time Google also brings new features to its phones via major OS updates or when it rolls out monthly security updates.

But now Google is promising to deliver a pack of new features all at once with “Pixel feature drops.” The first one is set to roll out to Pixel phones this month. 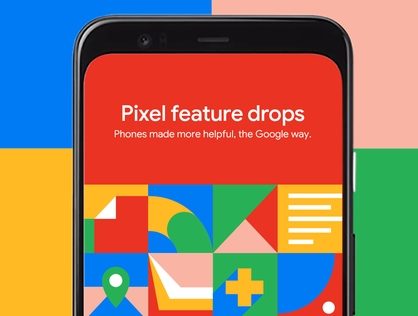 The first update includes a bunch of new features for the Pixel 4 and Pixel 4 XL smartphones… but it also brings some features that had been elusively available on the Pixel 4 series smartphones to older devices.

For example, the Pixel 3 and 3a are getting support for the Live Caption feature that can provide real-time captions for any video. The Pixel 2 and 2 XL are gaining support for Flip to Shhh, which lets you enable Do Not Disturb by flipping your phone so that it’s face down on a table.

Google says it will also bring improvements to memory management to all Pixel devices.

As for the new Pixel 4-exlusive features, Google is bringing:

It’s unclear how often Google will offer Pixel feature drops in the future.

Update: A Google official tells The Verge that the company is “targeting a quarterly cadence” for feature drops.