Google is set to officially launch the Pixel 6 and Pixel 6 Pro smartphones on October 19th, but the company has already given us some idea of what to expect from the first phones powered by a Google Tensor processor.

Now a series of leaks are fleshing things out a bit with more details about specs, pricing, functionality, and accessories. 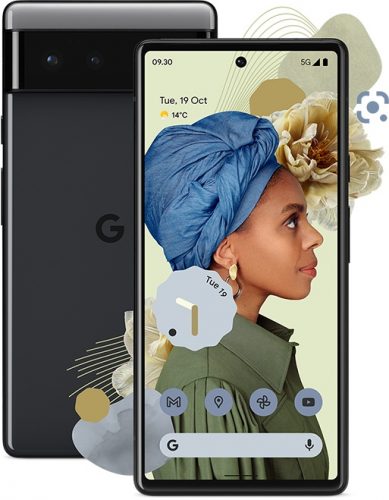 That’s the equivalent of $750 in US dollars, but given the way smartphones are priced globally, I expect that the Pixel 6 will actually sell for somewhere in the $650 to $750 range in the US, while the Pixel 6 Pro (with a bigger screen, larger battery, and an extra camera) will cost more.

And then Even Blass shared a new set of images of the Pixel 6 that show off a number of new things, some of which had been rumored, but not actually seen yet, including:

One image also confirms that the Pixel 6 Pro’s camera system includes a 50MP wide-angle lens, a 12MP ultrawide lens, and a 48MP telephoto lens. And multiple images show Pixel 6 series phones with water drops on the back, indicating that the phones will be waterproof.

While the Pixel 6 series phones will ship with Android 12 software, they’ll also include some Google-specific apps and features including that aforementioned Pixel Security app, so images that show off the lock screen and home screen widgets also give us an idea of what the user interface will look like, complete with new weather and clock widgets.

You can find more details in Evan Blass’s Twitter thread: