The Raspberry Pi line of computers are small, energy-efficient, and inexpensive. That makes them easy to use in places where you might not be able to fit a larger desktop computer. But if you want to use them for mobile projects, you need to add a battery.

PiSugar Kitchen’s new PiSugar S and PiSugar S Pro are designed to do just that. They’re small battery modules designed for Raspberry Pi Zero and Raspberry Pi 3/4 Model B devices, respectively. And they both sell for about $30 or less. 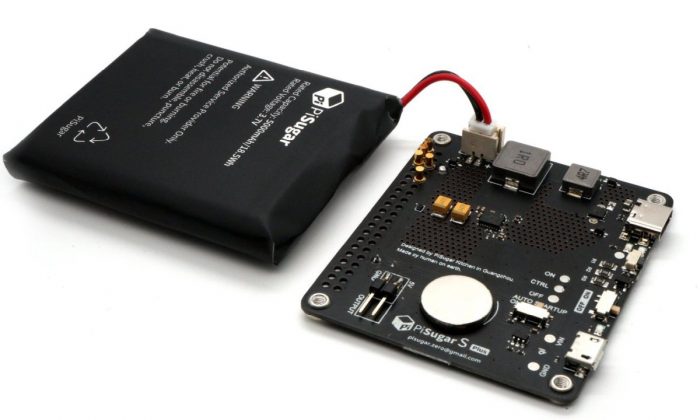 The $30 PiSugar S Pro  features a 5,000 mAh battery and support for 5V/3A input and output as well as a GPIO button that can be used as a power button to turn a Raspberry Pi on or off. PiSugar Kitchen says it should deliver 8-10 hours of battery life to a Raspberry Pi 3 Model B computer and has USB-C and micro USB charging ports.

The PiSugar S is a smaller model featuring a 1,200 mAh battery that should provide up to 6 hours of run time to a Raspberry Pi Zero W (with wireless capabilities). It supports 5V/2A input and output and has a micro USB charging port. It’s priced at $28, but it’s currently out of stock at the PiSugar Kitchen store on Tindie.

Both little battery modules are designed to be mounted directly onto compatible Raspberry Pi single-board computers with a set of four screws. And both can function as a UPS (uninterruptible power supply) to keep the little computers running when an external power source drops out.

PiSugar Kitchen says you could also expand the boards to add support for features like wireless charging or solar panels.

via NotebookCheck, Hackster.io, and CNX Software