Chinese device maker Pipo launched a funny-looking device called the Pipo X8 earlier this year. It’s kind of mashup between a mini-desktop computer and a tablet. The wedge-shaped device has the same kind of hardware you’d expect form a cheap tablet, including a 7 inch touchscreen, but it has a thicker case and more ports than a tablet, and lacks a battery,

Now Pipo’s thinking bigger: the company has launched a model with an 8.9 inch display. It’s called the Pipo X9 and you can pre-order one for about $135 from Geekbuying or Gearbest. 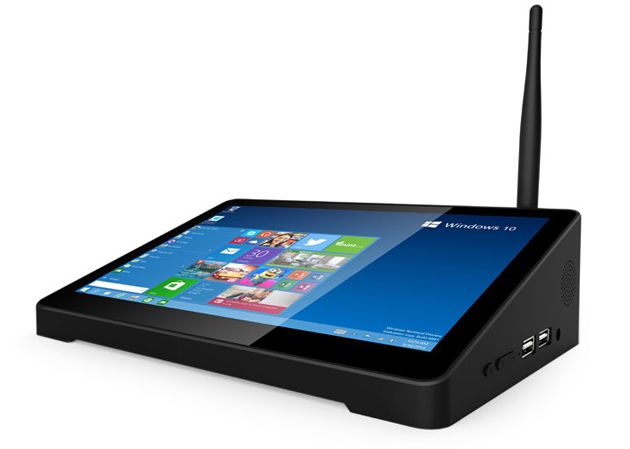 It’s a dual-boot device that comes with both Windows 10 and Google Android 4.4 pre-installed.

What makes this a mini PC rather than a chunky tablet is the four full-sized USB ports, Ethernet jack, and HDMI port. While you can use it with just the built-in touchscreen display, the Pipo X9 is designed to be hooked up to a mouse, keyboard, and external display.

Other features include a headset jack, 802.11b/g/n WiFi, and Bluetooth 4.0. There’s also a built-ni speaker.