Stuffing a full-fledged computer into a device that looks like it’s just a keyboard? That’s old hat.

But Chinese device maker Pipo is breathing new life into the idea by stuffing a PC into a travel-sized, folding keyboard. 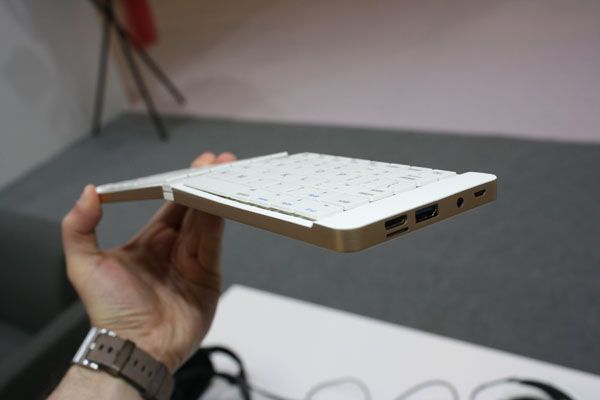 At first glance, the computers looks like portable Bluetooth keyboards that you can fold up and slide into your bag when not in use… but they’re a little thick for portable keyboards.

That’s because behind the keys you’ll find an Intel Atom x5-Z8300 Cherry Trail processor, up to 4GB of RAM, up to 64GB of storage, an 802.11ac WiFi module, Bluetooth, and everything else you need to run Windows 10.

Notebook Italia says there’s also a 2,500 mAh battery under the hood, which should let the computer keep running for a few hours even when it’s not plugged in.

Pipo plans to begin selling the KB2 in May. Pricing hasn’t been revealed yet.

And here’s one that looks at the Vensmile K1: