Tired of carrying around a smartphone that you didn’t build with your own hands? Soon your worries may be over.

Hacker Dave Hunt has built a working smartphone out of a Raspberry Pi, a touchscreen, a GSM module, a battery, and a few other components. The end result is a DIY smartphone which you can build for about $158 in parts… and that includes $40 for a Raspberry Pi model B.

He calls it the PiPhone. 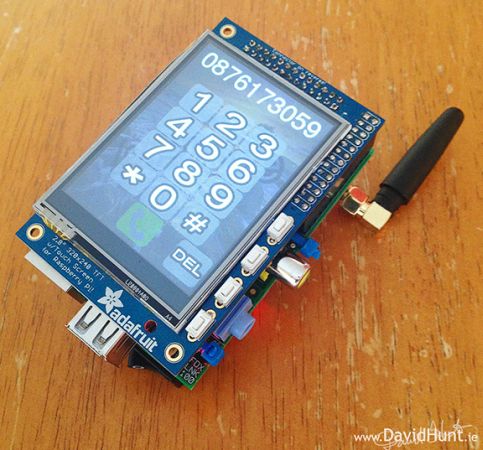 You might need to spend a little more if you want a phone that you can safely put in your pocket though. Hunt hasn’t bothered explaining how to build a case for the PiPhone.

Hunt’s PiPhone features a SIM900 GPRS/GSM module, a 320 x 240 pixel touchscreen display, a 2500mAh battery, a boost converter, and a few cables. You’ll also need a headset that you can plug into the Raspberry Pi’s mic and headphone jacks.

He’s also written some custom software you can use to make calls using the PiPhone, but recommends advanced users develop their own since his is “not very clean.”

All told, you could get a cheaper phone with a more powerful processor and no assembly required by walking into a local phone shop. It’d also be an awful lot thinner. But it’s kind of crazy that we’ve reached the point where you can buy a few off-the-shelf components and assemble your own smartphone for under $200.