The Piper Computer Kit is a DIY laptop with a Raspberry Pi, battery, LCD display, and wood case. Designed to teach kids the basics of computers and coding, it also has electronics breadboards, switches, wires, and even a little built-in toolbox.

I got a chance to check out the original Piper Computer Kit last summer, but since then Piper has released an upgraded model.

The Piper Computer Kit 2 is pretty similar to the original. But it has a larger display, a speaker built into the case, and a modified design that makes it easier to actually charge the battery while you’re using the laptop.

It’s available for $299 from Piper or Amazon. 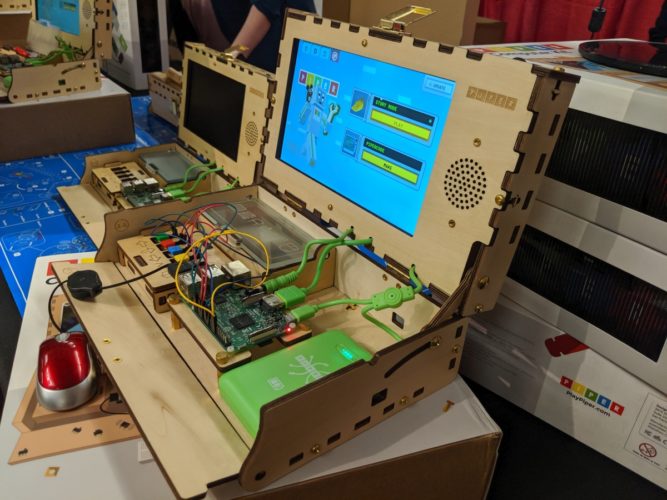 Included in the box are screws, cables, electronic components, and a blueprint that kids can follow to assemble the computer, getting some mechanical and electronic lessons along the way.

Once everything is assembled, kids can use the included PiperCode software to learn the basics of programming, and there are other doodads such as LED lights, buttons, and buzzers that can be used to complete various PiperCode challenges.