PostmarketOS is a Linux-based operating system that was originally designed to breathe new life into old (mostly Android) smartphones. But now that phones designed to run Linux are starting to ship, you don’t need to unlock the bootloader of an Android phone to use postmarketOS.

Soon you won’t even have to install it yourself.

Pine64 and postmarketOS have announced that starting in early July you’ll be able to pre-order a PinePhone postmarketOS community edition smartphone for $150. 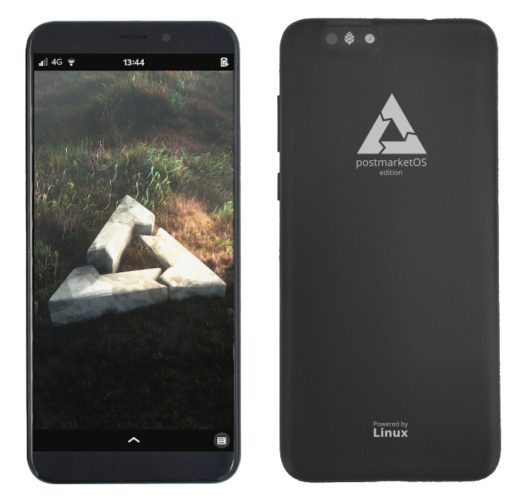 The PinePhone is a Linux-friendly phone with entry-level specs including a quad-core ARM Cortex-A53 processor, 2GB of RAM, 16GB of storage, 802.11n WiFi, Bluetooth 4.0, a 5MP rear camera, and a 2MP front camera.

But it also has a headphone jack, removable battery, and microSD card reader — features that are all becoming increasingly less common on higher-priced phones.

It’s also one of only a few smartphones that’s designed to run GNU/Linux distributions like postmarketOS, and it’s certainly the most affordable of those phones to date. Purism’s Librem 5, for example, is priced at $749.

Earlier this year Pine64 launched a PinePhone UBPorts community edition phone that comes with Ubuntu Touch software pre-installed. The upcoming postmarketOS version will be the second community edition version of the phone and it will ship with the postmarketOS Linux distribution, the GNOME desktop environment with the Phosh shell/user interface (originally developed for the Librem 5), and support for full disk encryption, among other things.

Before pulling out your wallet, keep in mind that both the PinePhone and postmarketOS are still works in progress. Pine64 expects to ship the PinePhone postmarketOS community edition smartphone with version 1.2 of its printed circuit board, but it’s possible that some revisions could be made before the phone ships. And the postmarketOS team notes that the operating system is still “in beta state.”

While basic functionality (including phone calls, SMS, mobile data, and phone calls” are working, the developers say there are still a lot of bugs to squash. This is very much a phone for enthusiasts and/or developers rather than a full-fledged replacement for whatever you’re using as your primary phone. That could change over time as the software matures though.