But if you’d rather not have to load your own operating system, the folks at Pine64 have been partnering with developers to release “Community Edition” versions of the phone that ship with a specific distro pre-installed and include custom logos on the back cover, among other things.

The new phone will go up for pre-order in mid-September for $149 and up. 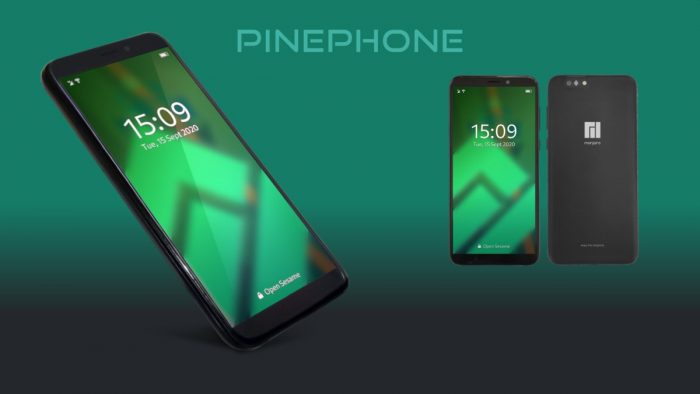 The PinePhone is a smartphone with budget specs including a 5.95 inch, 1440 x 720 pixel display, an Allwinner A64 quad-core processor, WiFi 4, and Bluetooth 4.0 support.

But it has a few special features including 3 hardware switches that let you kill the wireless, mic, speaker, and camera functions, support for booting an operating system from an SD card (and/or internal storage), and a user replaceable battery.

When you buy a Community Edition version of the phone, Pine64 also donates $10 to the developers of the operating system.

There are two pricing/configuration options for the PinePhone Manjaro Community Edition:

The pricier configuration is what Pine64 is calling a convergence package, since you can use the docking station to use the smartphone like a desktop computer. It has an HDMI port for connecting the phone to an external display, two USB Type-A ports for mice, keyboards, storage, or other peripherals, and a 10/100 Ethernet port for a wired internet connection.

via Pine64 and Manjaro