The smartphone world is basically a duopoly at the moment. Android is the dominant operating system and iOS comes in a distant second place, while competing platforms such as Windows, BlackBerry OS, Symbian, FireFox OS have largely been abandoned.

There are still a few holdouts — Jolla continues to develop its Sailfish OS, but its market share is virtually nil.

But that hasn’t started a few small companies from announcing plans to release smartphones that will run open source, Linux-based software. Purism’s upcoming $599 Librem 5 has gotten a lot of attention, and startup Necunos plan to ship its Necunos NC_1 in March to customers willing to spend €1,199 ($1,376) today.

Niche hardware and software isn’t cheap… but maybe it can be. Pine64 has announced that its developing a cheap Linux phone called the PinePhone that could sell for as little as $149. 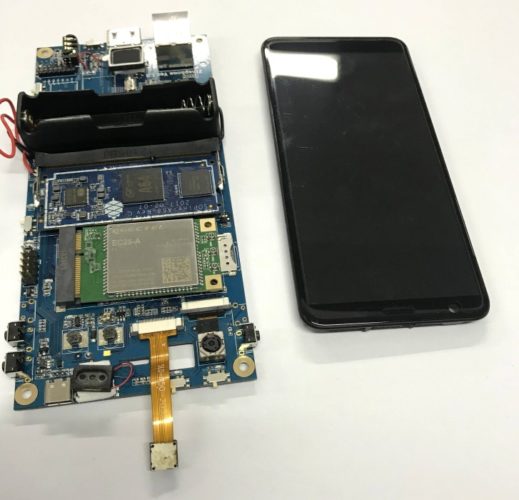 We first learned about the company’s plans a few months ago, but now the company is giving us an early look at some prototypes and promising that development kits will begin going out to developers in the first quarter of 2019. Pine64 hopes to have phones ready for end-users “sometime this year.”

Part of the reason the $149 price tag seems doable is that Pine64 isn’t quite reinventing the wheel. The company already sells a line of single-board computers, laptops, and other products based on the same hardware… and it’s cheap hardware.

Under the hood this phone will be powered by a SOPine module with an Allwinner A64 ARM Cortex-A53 quad-core processor and 2GB of LPDDR3 RAM. The company sells that module on its own for just $29.

Of curse it takes a lot more than a processor and memory to make a phone, so here are some of the other components Pine64 expects to include in the PinePhone:

The goal is to also provide physical switches that can disable or enable the wireless components, cameras, and speaker for privacy.

The company hopes to fit everything into a phone that measures about 6.5″ x 3″.