The PinePhone is an inexpensive smartphone designed to run Linux-based operating systems. Developed by the folks at Pine64, the $150 smartphone was first announced about a year ago — and this week the first units will ship.

Pine64 says it will begin shipping the PinePhone Braveheart Edition on January 17th — although it could take a few weeks for customers to receive their phones. 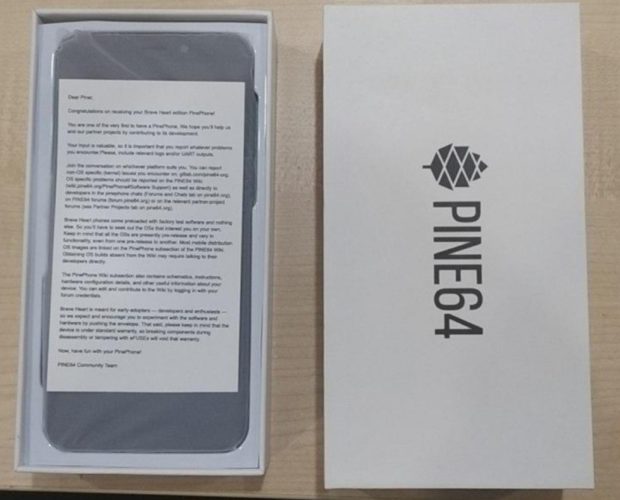 This Braveheart edition phone is aimed at early adopters willing to tinker and test the hardware and try out various software environments. In fact, it doesn’t even ship with a fully functional operating system pre-installed — Braveheart versions of the PinePhone have a Linux-based system test utility loaded onto the built-in storage.

Pine64 says users will want to check out the PinePhone Wiki or other sources to find compatible operating systems such as Ubuntu Touch, postmarketOS, or Sailfish OS.

But that’s one of the key things that really sets the PinePhone apart from other handsets. Not only is it designed to run free and open source, GNU/Linux-based operating systems. But you can boot from internal storage or an SD card. There’s no bootloader lock that keeps you from running the software you want to use on the phone.

It also has a headphone jack and a removable battery, unlike most modern phones. And there are hardware killswitches for disabling wireless capabilities, the camera, or other hardware.

Pine64 also included 6 pogo pins on the back of the phone that could eventually be used to connect custom hardware modules. 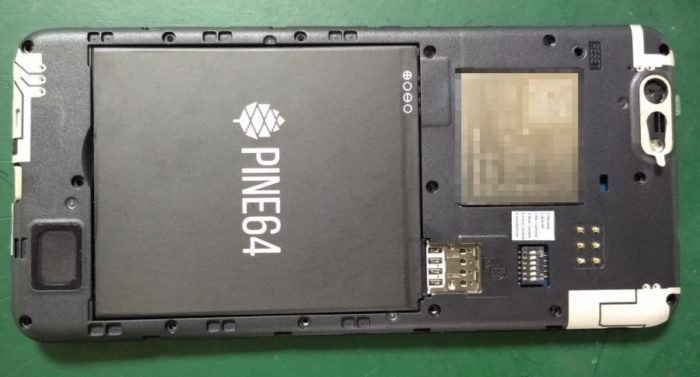 The phone supports 15 watt fast charging, but it ships with just a USB-C cable. You’ll need to supply your own 5V/3A USB-PD charger (lower-power chargers should work as well, but the phone will obviously charge more slowly).

While it’s just the Braveheart edition phones shipping this month, Pine64 hopes to ramp up production of its next batch of PinePhones in a few months. By that point, it’s possible that the company will be ready to ship phones with a usable operating system pre-installed, making the PinePhone a little more viable for folks who may not want to have to choose and install their own OS.

The company is also exploring the possibility of partnering with software developers to offer co-branded phones. So don’t be surprised if one day we see the smartphone equivalent of a “Mintbox” computer, where the developers of a Linux distribution partner with Pine64 to ship a special edition phone with a specific operating system installed and a custom logo on the back of the handset.