Pine64 has been producing affordable Linux-friendly laptops, smartphones, and single-board computer for a few years. And now the company is getting ready to launch a Linux-friendly tablet… again.

The PineTab2 will be a 10.1 inch tablet with a Rockchip RK3566 quad-core ARM Cortex-a55 processor, support for up to 8GB of RAM and 128GB of storage, and a modular, repairable design. Like most Pine64 hardware, it’s designed to be cheap hardware for Linux developers and enthusiasts who want to flash their choice of operating systems. Pricing hasn’t been announced yet, but Pine64 says it will begin sending units to developers in the coming month and hopes to begin selling the PineTab2 after Chinese New Year (which means you may be able to pick one up in February, 2023 or later). 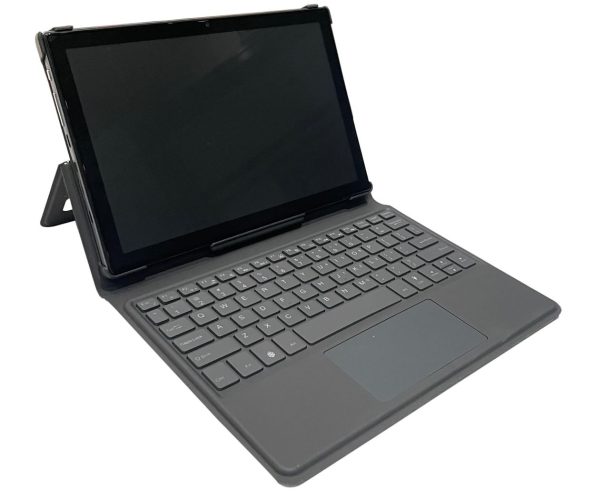 As the name suggests, this isn’t Pine64’s first Linux tablet. The company unveiled the original PineTab in 2019, began taking pre-orders in 2020… and then ran into global supply chain issues during the pandemic which made it difficult to manufacture enough units to meet demand. At the same time, the company’s PinePhone line of smartphones became popular and so Pine64 shifted resources that would have gone toward producing tablets to making enough phones to help the mobile Linux ecosystem develop.

Anyway, a bunch of things have changed over the past few years and Pine64 seems confident that it can actually deliver tablets designed to run free and open source software. And the new model is getting a bit of a spec and design bump.

At the heard of the tablet is the Rockchip RK3566 processor with Mali-G52 graphics. Pine64 says it offers a good price-to-performance ratio and supports modern input and output. And while there wasn’t a lot of Linux support for the chip when it first launched, several companies have released single-board computers (including the Pine64 Quartz64 Model B), which developed have used to bring support for the chipset into mainline Linux.

Pine64 says the new tablet has a metal chassis that measures 9mm (0.35 inches) thick, and which is easy to open by undoing two snap tabs that hold the back panel in place. Once you’ve done that, you should be able to replace most internal components – the camera, daughter board, battery, and USB keyboard connector can all be replaced in less than five minutes.

The LCD display can also be replaced with a little more effort. And Pine64 plans to make replacement parts for the PineTab2 in its online store sometime after launching the tablet.

And the tablet will have a PCIe connector exposed on its mainboard for folks that want to tinker with it, although there’s not enough room inside the chassis for a typical SSD.

That keyboard features backlit keys and the same chipset as Pine64’s Pinebook Pro laptop, which means that users will be able to flash custom firmware to the keyboard. 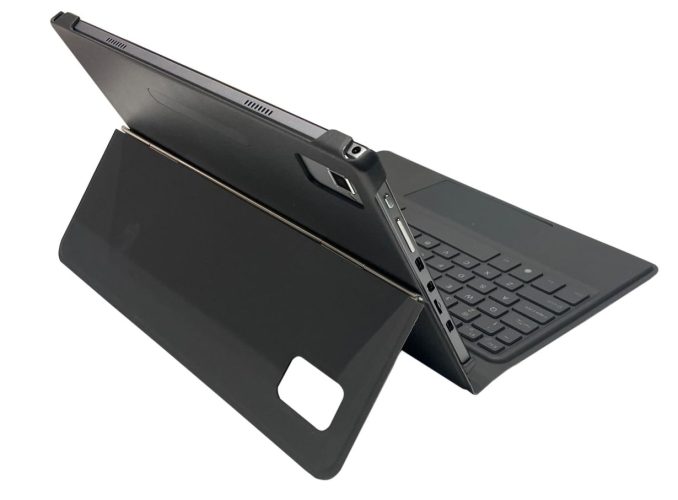 The company says some specs could change before launch, and a few things haven’t been settled upon yet. For example we don’t know what WiFi and Bluetooth card the tablet will ship with. And while prototypes have a 6,000 mAh battery, it’s unclear if units that ship to customers will have the same battery.