The PinePhone Keyboard is an accessory that essentially turns Pine64’s inexpensive Linux smartphone into a tiny Linux laptop. It’s been under development since last year, and you’ll be able to order one soon – Pine64 has announced that the hardware and firmware has been finalized, and the PinePhone Keyboard will go on sale in late September, 2021.

That’s just one of several PinePhone-related news items included in Pine64’s latest monthly update. Here are some of the highlights. 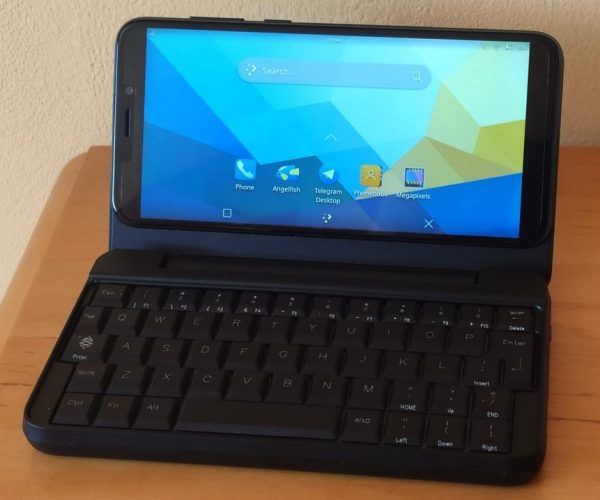 As far as the keyboard, Pine64 community manager Lukasz Erecinski says the final prototype “feels amazing,” with sturdy keys featuring good key travel for typing with your thumbs or all ten fingers (or as many as you can fit on a keyboard designed to work with a smartphone featuring a 6 inch display.

The PinePhone keyboard attaches to the smartphone by replacing its back cover, which means that you can open and close the keyboard like a laptop, but it might be difficult to hold the PinePhone as a phone while the keyboard is attached.

But in addition to getting physical keys, you’ll also get extended battery life thanks to a built-in battery, which also acts as a weight to keep the whole thing from tipping over while in use. As previously reported, the PinePhone keyboard will ship with open source firmware, but users will be able to flash third-party firmware if they prefer.

Last I’d heard, the keyboard was expected to sell for $50.

Remove the back cover of the PinePhone and you’ll find a series of pogo pins that can be used to connect additional hardware to the PinePhone. The PinePhone Keyboard connects to these pins so that you don’t need to run a USB cable or use Bluetooth to type.

Pine64 has also been working on other back covers that add different functions. And the next to launch will be:

Both are expected to be officially introduced in or around the beginning of October, 2021. Pine64 says it should be easy for mobile Linux distributions to add support for the fingerprint reader’s firmware and open source software. And the wireless charging cover is compatible with the Qi and Air Fuel wireless charging standards.

Pine64 is also developing a LoRa (Long Range) wireless networking back cover, but it isn’t ready to go just yet. And the company is taking suggestions for other possible hardware add-on covers. You can leave a comment on the Pine64 August 2021 Update blog post if you have ideas you’d like to see, but keep in mind that NFC is apparently a non-starter for now.

There have also been a number of interesting developments in the PinePhone software space over the past month. Among other things, developers have: 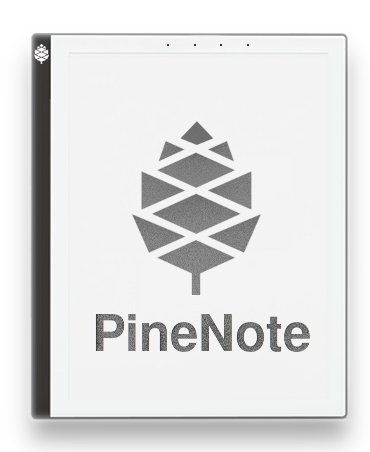 Under the hood, it has the guts of a Quartz64 single-board computer, which means that much of the work necessary to run mainline Linux on the PineNote has already been done. But the E Ink display may need some special drivers when the device launches later this year.

Pine64 has also released new and improved touchpad firmware for the PineBook Pro laptop, and the company notes that improved graphics drivers are coming soon. There’s also a newx86_64 emulator called Box64 which should make it easier to play more x86 games and/or run x86 applications on this laptop with an ARM-based Rockchip RK3399 processor.

You can find more details about new Pine64 hardware and software developments at the Pine64 blog.