Android TV sticks with Rockchip RK3066 dual-core processors available sell for as little as $42. But these little boxes let you turn a TV or monitor into a computer capable of running thousands of Android apps. Or if you really want to use an RK3066 stick as a computer you can install Ubuntu.

A custom version of Ubuntu called Picuntu has been under development for a while. It gives you a basic desktop Linux environment that you can use on a device like the UG802 or MK808 mini PC.

But if you’re looking for something a little more feature-packed, you can also try Picuntu home://io. 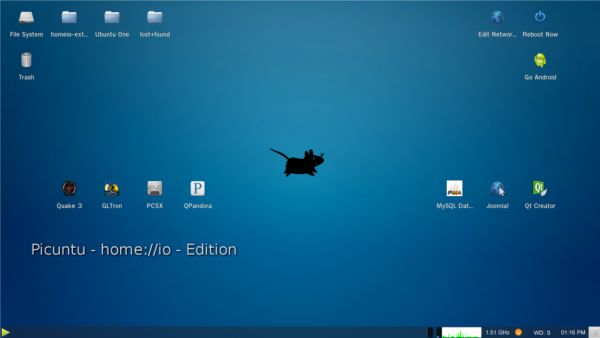 The new home://io edition is based on Picuntu RC3 and includes initial support for hardware accelerated graphics using the RK3066 processor’s Mali 400 graphics.

But what really sets home://io apart from a default Picuntu installation are all the extra goodies that come with this version. Developer JustinTime4Tea has added a number of apps that let you quickly start using a TV box as a Linux-powered game console, web server, or all-purpose PC.

For instance, it includes:

You can find a more detailed list of included software, as well as installation instructions at the SlateDroid forum. 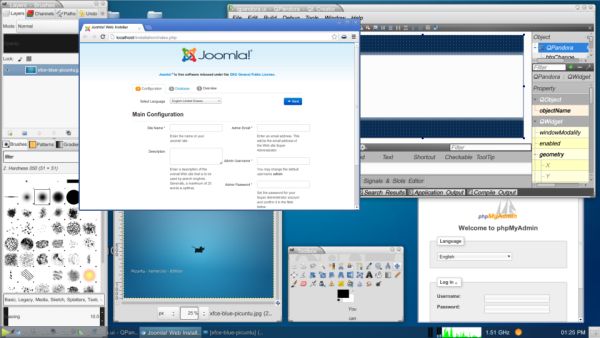 Picuntu home://io edition uses 6.7GB of disk space, so you’ll want to load it on a microSD card with at least 8GB of free space.