There are a handful of inexpensive TV sticks with Rockchip RK3066 dual core processors available for around $50 to $70. While they’re designed to run Android apps on a TV, they can also run other operating systems. Now the first Ubuntu Linux-based OS is available for RK3066 mini computers including the MK808 and UG802. 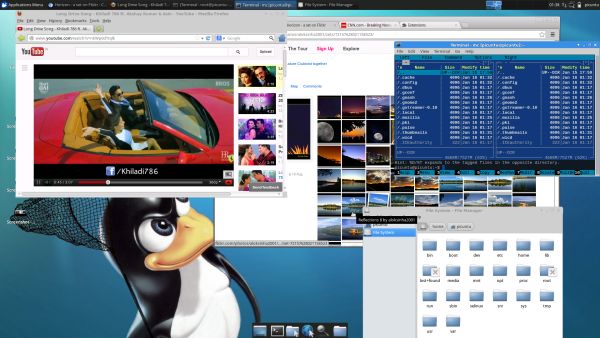 These little sticks typically feature 1GB of RAM, up to 8GB of storage, microSD card slots, USB ports, and HDMI output. Since PicUntu is written specifically for these devices, it’s a light-weight operating system available as a 110MB download.

It also includes WiFi drivers for the UG802 and MK808, and support for additional devices could be added in future versions.

What you won’t find is hardware graphics acceleration. In other words, you can perform most basic computing tasks in PicUntu, but 3D video games and HD video support is minimal.

PicUntu is based on Ubuntu 12.10 supports screen resolutions up to 1920 x 1080 pixels, and supports WiFi, Ethernet, audio, and other core functions.

Once you’ve installed PicUntu using the 110MB base system, you can choose additional software to either use your device as a server or a full desktop-style computer. Available pacakges including Apache, Samba, Joomla, Flash, Java, and desktop environments including Xfce and GNOME.

You can find instructions for installing PicUntu at Google Code. Note that you’ll need access to a computer running Linux to complete the process — which probably isn’t a problem if you’re the sort of person that really wants to install a custom Linux distro on an MK808 mini PC. The developers are also working on tools that will eventually let you install PicUntu using a Windows PC.

PicUntu was built by many of the folks who did the initial work of porting Ubuntu to run on RK3066 devices.

You can read more about the project at the SlateDroid and ArmTvTech forums.