Picuntu is a custom version of Ubuntu Linux designed to run on devices with Rockchip processors. That effectively lets you turn a cheap Android TV box into a full-fledged PC capable of running desktop apps such as LibreOffice, GIMP and Firefox.

Now the developer has released a new beta that’s based on recently-released Ubuntu 14.04. It’s called Picuntu 5.1 and it’s optimized for the $60 MarsBoard RK3066 developer board. 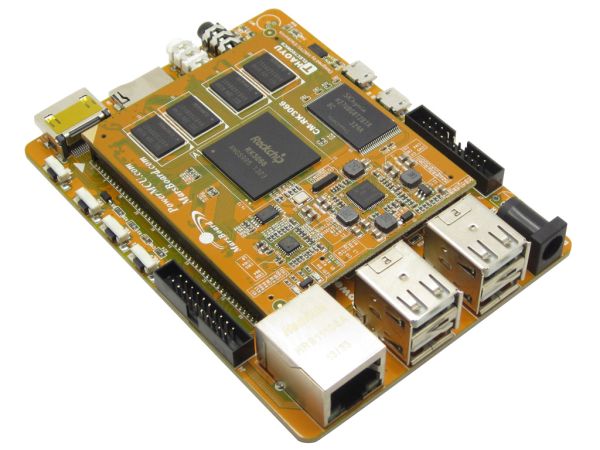 There are three flavors of Picuntu 5.1. It’s available as a desktop operating system with the light-weight Xfce 4 desktop environment, as a stripped-down basic version, as a server edition with LAMP. All three are available as free downloads and the images come in at under 2GB each.

The MarsBoard RK3066 is basically a single-board computer aimed at developers. It has a Rockchip RK3066 ARM Cortex-A9 dual-core processor, ARM Mali-400 graphics, 1GB of RAM, 4GB of built-in storage, and a microSD card slot for up to 128GB of additional storage.

It also features USB, Ethernet, and HDMI ports, connectors for cameras, LCD screens, and audio and 20 and 50-pin expansion connectors.

Picuntu 5.1 is optimized to make use of the MarsBoard’s hardware, but I suspect you may be able to use the pre-compiled images to load Ubuntu 14.04 on some other Rockchip-powered devices… although some wireless cards and other hardware may not be fully supported.