Aaeon’s PICO-WHU4 is a tiny computer that measures about 3.9″ x 2.8″ making it just a little larger than a pack of playing cards (or a Raspberry Pi). But it’s basically a full-fledged computer powered by a 15-watt, 8th-gen Intel Core processor. 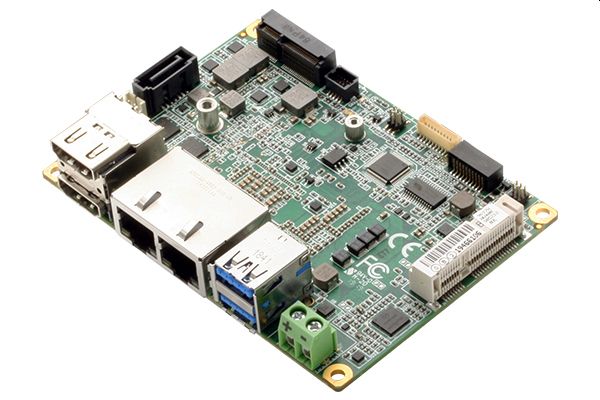 I’m reluctant to call this a single-board computer like the Raspberry Pi because while its processor is soldered to the motherboard, the PICO-WHU4 has a SODIMM slot for up to 16GB of DDR4 memory and a PCIe slot for solid state storage. Then again, most Raspberry Pi computers don’t have built-in storage either — they boot from microSD cards.

The biggest difference between the PICO-WHU4 and the Raspberry Pi line of devices though, is that this is not a cheap mini PC. ZDNet notes that a model with a Core i5 processor is priced at $783. Other configurations will likely cost less — but you need to contact Aaeon for pricing.

That said, the little computer is an extraordinarily versatile machine that’s designed for “AI and edge computing applications,” with support for expansion cards for AI processing, among other things.

Aaeon offers models with a choice of processors including:

The computer supports DDR4-2400 memory, an mSATA/mPCIe SSD and/or USB storage, and features a decent range of ports:

Overall this… is probably not something you’re likely to buy for home use. It’s a little too pricey to consider using as a home theater PC, a little underpowered for gaming, and generally seems to be geared more toward developers.

But it’s still a pretty nifty little pocket-sized, Windows-compatible computer (with the heart of a laptop).