There’s no shortage of Raspberry Pi lookalikes these days. But the PICO-PI-IMX8M stands out as one of the only models I’m aware of to feature an NXP I.MX8M Quad processor.

One of the things I find interesting about that chip is that it’s the same ARM Cortex-A53 quad-core processor Purism is using for the Librem 5 smartphone.

Does that mean you can use this single board computer to build your own GNU/Linux smartphone? Maybe… if you also plan to add a screen, battery, cellular baseband, and other components. That could get pricey (and complicated).

But I suspect it does mean that most software designed for the Librem 5 should be able to run on the PICO-PI-IMX8M. 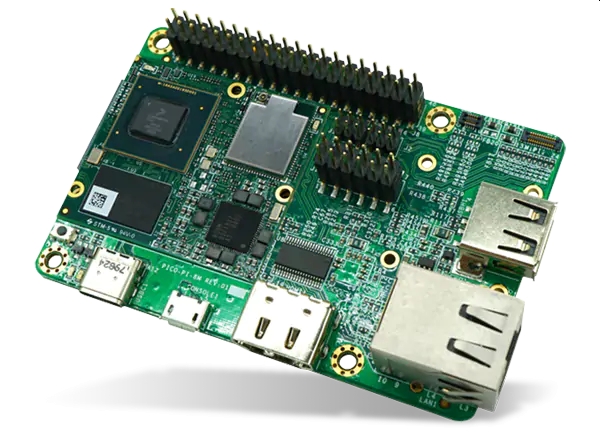 Measuring 85mm x 56mm, PICO-PI-IMX8M is the same size as a Raspberry Pi Model B, and thanks to a 40-pin connector, it should support most Raspberry PI HATs.

And like a Raspberry Pi, this device has just about everything you need from a computer including a processor, memory, HDMI, Ethernet, and USB ports. But unlike a Raspberry Pi, it also has (a little) built-in storage, so an microSD card is entirely option.

According to a data sheet posted online by Mouser Electronics, the board comes in multiple versions. The retailer sells four of those configurations:

TechNexion also sells the PICO-PI-IMX8M as well as optional accessory bundles that include add-ons such as displays, cameras, speakers, and microphones for folks that want to build projects that require those components.

Update: Prices too steep? CNX-Software found a cheaper single-board computer with an i.MX8M processor. The MaaXBoard sells for $60 and features a quad-core processor, 2GB of RAM, and supports microSD cards for storage.