Amazon is running a one-day deal on the Kindle Fire HD 8.9. You can knock $50 off the price of any model

by using the code FIREDHD89 at checkout. 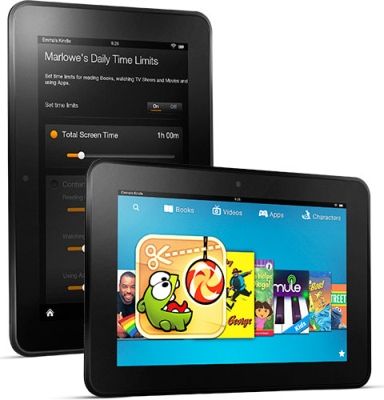 Prices are $15 higher if you opt for a model without “special offers,” which are Amazon’s ads on the home screen and lock screen.

But if you’re hoping to pick up one of these relatively inexpensive tablets, remove Amazon’s software and install CyanogenMod or another custom ROM… you may be able to do that soon.

While the entire Kindle Fire HD line features locked bootloaders, which has slowed hackers down a bit, developer verygreen has already made some progress getting around the locked bootloader and is busy porting CyanogenMod 10 to run on Amazon’s 8.9 inch tablets.

You can follow his progress at the xda-developers forum.

On the other hand, there are a couple of good reasons to stick with Amazon’s software. The company offers Amazon Prime subscribers access to thousands of movies and TV shows for $79 per year, and Prime members can also borrow one book per month from the Kindle Owners’ Lending Library.

Neither of those features are accessible unless you’re using Amazon’s software (although some folks have managed to get the Amazon Instant Video app to work with other versions of Android).