When Microsoft launched the Surface Pro tablet in early 2013 the company was asking $899 for a model with 64GB of storage and $999 for a 128GB model. Less than a year later you can now pick one up for about half the price.

The only catch is that this is last year’s model which features an Intel Core i5 Ivy Bridge processor. If you want a newer tablet with a Haswell CPU and longer battery life prices still start at $899. 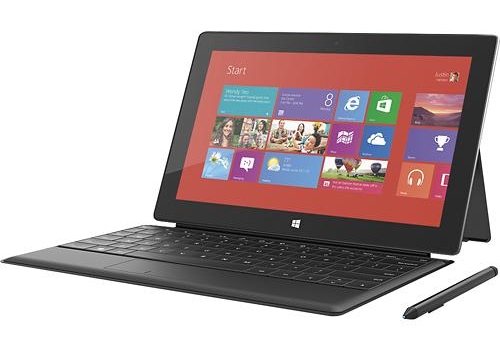 Best Buy isn’t the only company selling the original Surface Pro for a good price. You can pick one up for $599 from the Microsoft Store. But Best Buy has the best price so far for the 10.6 inch Windows tablet.

The Surface Pro features a 1920 x 1080 pixel display, 4GB of RAM, support for digital pen input, WiFi and Bluetooth, front and rear cameras, and support for Microsoft’s Touch and Type Cover accessories which let you snap on a keyboard and treat the tablet like a laptop.

If you buy the Surface Pro from Best Buy it comes with a pressure-sensitive digital pen, but keyboard covers are sold separately.