Phoenix OS is an Android-based operating system designed to work like a desktop OS. There’s a taskbar, support for running apps in windows that can be positioned anywhere on the screen, and there’s a sort of start menu instead of a full-screen app drawer. 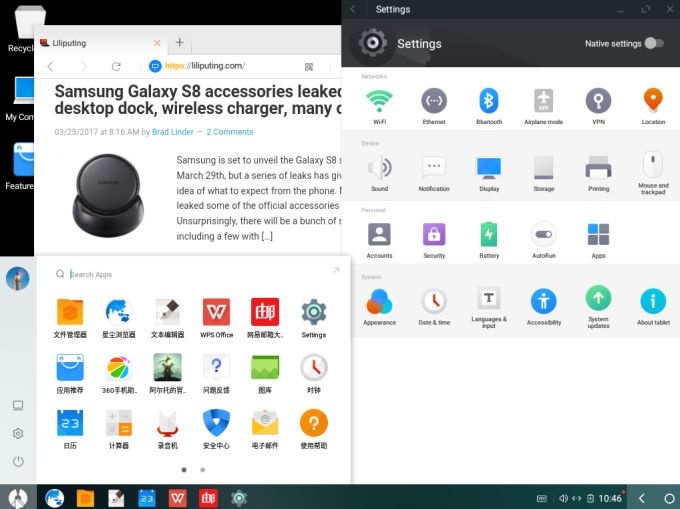 Among other things, that means the new software includes all the security updates and performance optimizations in the newer version of Google. While Android 7.1 also includes native multiwindow support, that’s something Phoenix already had, so the new version of Phoenix OS might not look all that different from earlier builds.

Phoenix is hardly the only Android-as-a-desktop operating system around. Chinese startup Jide has also been developing Remix OS for the past few years. And there’s mounting evidence that Google is planning to launch a new operating system called Andromeda that combines features of Android and Chrome OS to further blur the line between desktop and mobile operating systems.

But Phoenix is worth watching, since it’s already a pretty well polished example of multi-window Android, and since the developers have already partnered with some well-known companies, including Alcatel, to preload Phoenix OS on some devices.