Want to run Android apps on an HP TouchPad tablet, but don’t want to actually go so far as to install Android? The folks at Phoenix International Communications have been working on porting OpenMobile’s Application Compatibility Layer (ACL) to the platform so that you can run Android apps without leaving webOS.

To finish the work, the team took to Kickstarter recently in hopes of raising $35,000 to help pay for development costs. Now they’ve reached that goal, with more than a week left to go in the campaign. 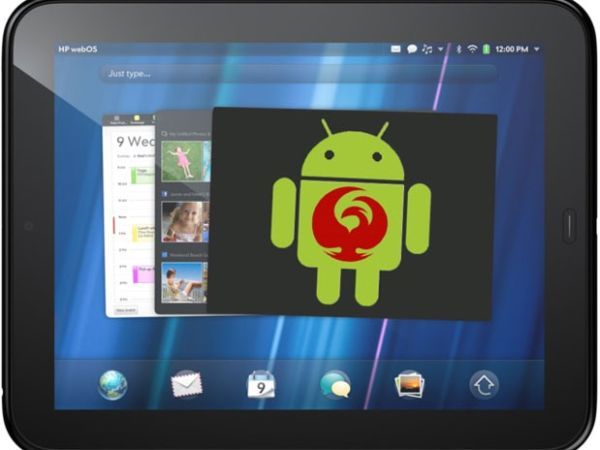 Reaching the Kickstarter goal means that whatever money is pledged by the time the campaign ends will be released to the folks at Phoenix, which seriously increases the chances that they’ll be able to release their software by July, as planned.

Extra money could pay for additional projects, such as adding support for apps designed for Android 4.0 and later (right now ACL supports apps designed for the 2.x branch of Android). Phoenix is also hoping to work with hardware partners to release a phone running open webOS software, keeping the webOS dream alive.

HP paid $1.2 billion to acquire Palm a few years ago with the hopes of challenging Google and Apple in the mobile phone and tablet space. But a few months after the HP TouchPad tablet was released, HP decided to scrap all of its webOS hardware due to sales that were well below expectations.

There are still at least a few million HP TouchPad owners out there though, as the 9.7 inch tablets sold like hotcakes when HP slashed prices from $499 and up down to as little as $99 to liquidate the remaining inventory.

The TouchPad features a 1024 x 768 pixel display, a 1.2 GHz Qualcomm Snapdragon dual-core processor, 1GB of RAM, and 16GB of storage or more. Unfortunately, since the webOS platform never became hugely popular, the number of third party apps for webOS devices is pretty small compared with the list of apps available for other mobile operating systems.

Many folks have discovered that the TouchPad’s hardware is actually pretty decent, and the tablet can run most Android apps if you take the time to install Android and create a dual-boot tablet. But there are also some folks who simply prefer webOS thanks to its strong multitasking system, among other things.

The Phoenix project to bring ACL offers a way to continue using the HP TouchPad as a webOS tablet, while gaining access to hundreds of thousands of phone and tablet-friendly apps designed for Android.

7 replies on “Phoenix hits $35,000 goal to bring Android apps to webOS on the HP TouchPad”