More than two years after launching and then cancelling a dubious Kickstarter campaign for a dual-screen handheld computer designed for gaming, the folks at PGS still seem to be hoping to bring the gadget to market some day.

PGS has been posting occasional progress updates to the company blog for the past few years, and recently PGS posted a few pictures to Twitter showing what’s said to be a prototype.

This thing might actual be a real product… eventually. 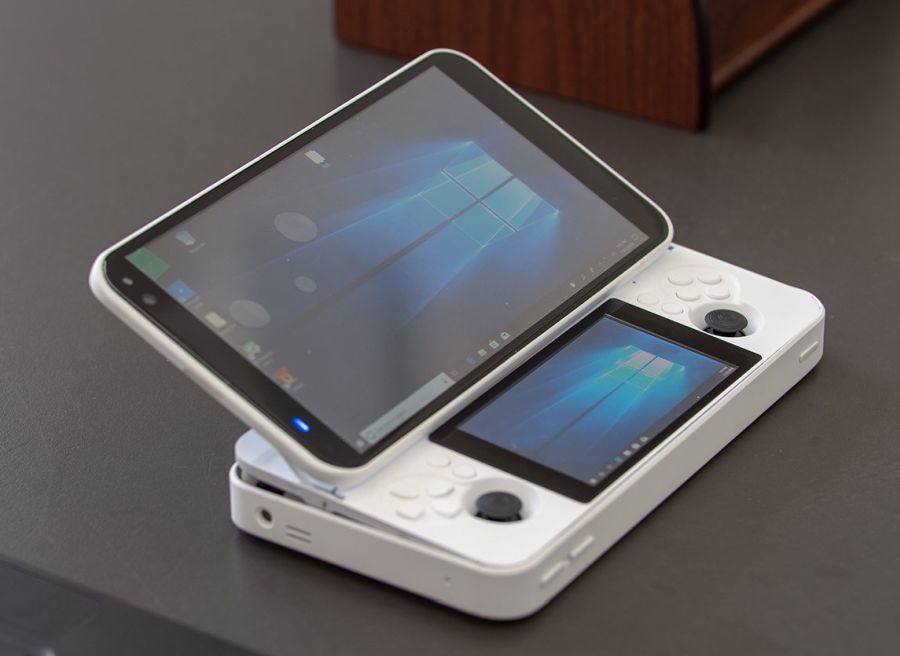 There were a lot of reasons to be skeptical of PGS when the company first launched a crowdfunding campaign. The design and target price were both ambitious, the concept came from a company with no experience building such a device, and there was no working prototype.

Two years later, we still haven’t actually seen a working prototype in action. But the latest images show a custom computer board, a cooling system, a (rather small looking) battery, dual screens, and a hinge that allows the device to be used in single-screen or multi-screen modes.

The developers are also apparently considering a processor upgrade: the Intel Atom x7 chip that was initially promised is looking a little long in the tooth these days, so the team is “considering the possibility of using Core m3-8100Y” instead. That would certainly give the PGS handheld more power, but it would also probably drive up the price.

It’s unclear if other details have been changed — the prototype definitely looks a little chunkier than the original concept drawings, but there’s no word on whether the device will still ship with up to 8GB of RAM, up to 128GB of solid state storage, the ability to dual boot Windows and Android, and other features that had been promised in 2016.

Then again, it’s still unclear whether this thing will ever actually ship.

Update: PGS has updated its website with new technical specs for its handheld systems. Take these all with a grain of salt since all we’ve seen so far is a prototype, but here are the planned models:

The Lite model is said to feature a USB Type C port, a 4,080 mAh battery and just a single display, while the Hardcore models have the secondardy 3.3 inch IPS display, a “smart active cooling system,” Thunderbolt 3 ports, a 6,500 mAh battery, and a vibration motor.