Back in 2010, Peppermint OS burst onto the scene. The lightweight Linux distro received plenty of attention because of its focus on cloud integration, due in no small part to its arrival just ahead of Chrome OS and the Cr-48. This week, lead developer Kendall Weaver announced the availability of Peppermint OS 3. 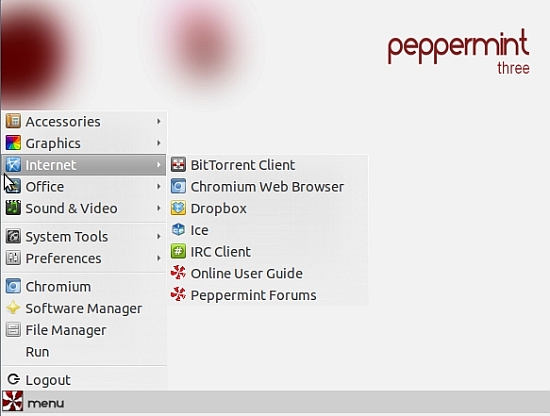 Weaver and his team have focused on making the new version the lightest Peppermint yet. Several web apps that were previously shipped with the OS have been removed, and the default theme has been refined to match the new default wallpaper.

One of the biggest additions to Peppermint is GWoffice. It’s a desktop client for Google Drive that also allows users to view and edit Google Docs files. Weaver believes it offers a substantial improvement over Google’s own web apps or repacking those as a site-specific browser with Chromium. Although GWoffice is still a beta app, it’s generated received plenty of positive feedback from the community and  is stable enough for everyday use. As before, Dropbox is included, as are multimedia playback apps Mplayer and Guayadeque.

Peppermint is an excellent distribution for older and less powerful hardware, but it’s also a solid, fast-booting option for any laptop or desktop. Both 32 and 64-bit live CDs are available over at the Peppermint OS website. If you’re intrigued by the idea of Chrome OS but aren’t quite ready to give up all your native apps, give Peppermint a go. It does a nice job of bridging the desktop-cloud divide.