Barnes & Noble has released some holiday sales figures for the 9-week period leading up to Christmas, and the news isn’t particularly good for the maker of NOOK tablets and eReaders. B&N brought in about $125 million in revenue through its NOOK division during that period. That’s almost 61-percent less than the company made from NOOK device, accessory, and digital content sales during the 2012 holiday season. 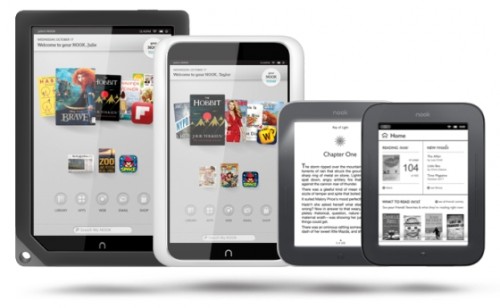 The bookseller also saw a small 6.6 dip in revenue from retail sales at its brick and mortar stores, but that’s at least partially attributable to the company’s strategy of closing some stores across the country.

Amazon has a habit of not actually providing solid figures for Kindle sales, so it’s hard to make an apples to apples comparison here, but it’s pretty clear that a growing number of people are spending their money on Kindles while fewer people are buying into B&N’s ecosystem.

That’s kind of a shame, because B&N actually offers some pretty nice devices at very low prices. While the company hasn’t updated its Android tablets in a while, they have excellent displays, support for apps and digital content from the B&N store and access to the full Google Play Store. You can even install the Amazon app on a NOOK HD tablet if you’d like.

Amazon’s devices, on the other hand, are pretty much tied to Amazon content (unless you root or jailbreak them). It’s not easy to install apps that aren’t in the Amazon Appstore on a Kindle Fire tablet, and if you want to read an EPUB book on a Kindle eReader, you’ll have to convert it to a MOBI, TXT, or AZW file first (and possibly strip the DRM too).

On the other hand, Amazon has done a great job of building its ecosystem. Every day the company offers a different Android app for free. Subscribers to Amazon Prime can stream as many movies and TV shows as they can watch. And Kindle owners who subscribe to Prime also get to borrow a book a month at no additional fee from the Kindle Owners’ Lending Library.

All told, it’s tough to compete with Amazon on price or value these days… and while the NOOK platform is a bit more open, geeks who want a truly open platform are more likely to buy a general purpose Android device like a Nexus 7.