Many of today’s laptops are more powerful than yesterday’s desktop PCs (well maybe not yesterday’s, but desktops from more than a few years ago). And while it’s certainly possible to use a laptop as a desktop replacement, hardware hacker Penk went a little further with the Mainboard Terminal.

It’s a compact all-in-one computer with a custom, retro-inspired design. And it’s powered by a laptop motherboard. That doesn’t mean Penk had to rip the guts out of an existing laptop though. 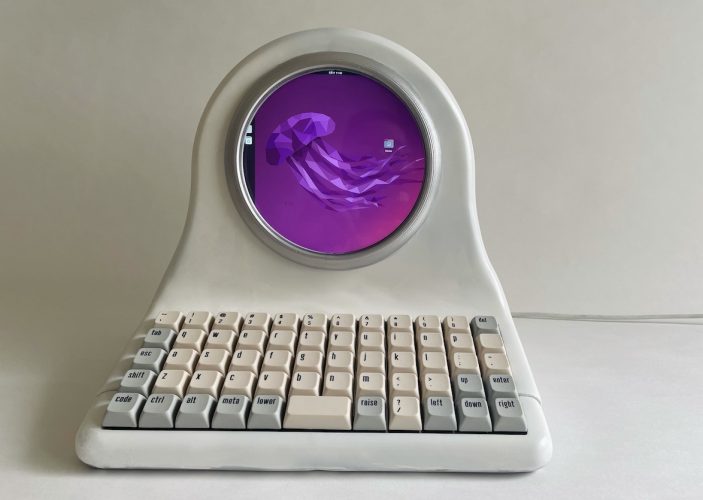 Framework, a company that makes a modular laptop, recently began selling mainboards directly to customers. While you can use one of Framework’s Mainboards to replace a broken motherboard in a Framework Laptop or to upgrade to a more powerful model, you can also use these mainboards as standalone computers… or as the heart of a custom PC like Penk’s Mainboard Terminal.

Penk’s custom PC puts a Framework Mainboard inside a 3D printed case, where it sits behind an OLKB Preonic mechanical keyboard with an ortholinear layout.

For a display, Penk made an unusual choice and opted for a 5 inch, 1080 x 1080 pixel LCD which gives the computer a distinctive look, but which may not be the best option for displaying content from websites, apps, games, videos, and just about anything else designed for rectangular displays. 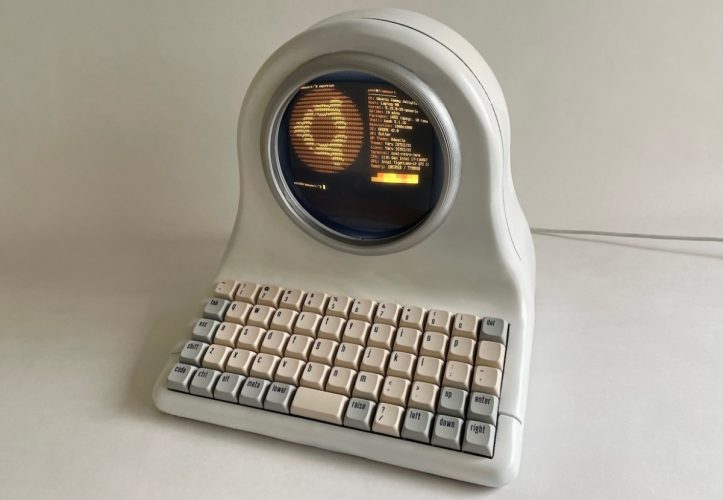 On the bright side, since the system is powered by modern laptop hardware, it should be able to support most modern operating systems – Penk says Ubuntu 22.04 LTS runs perfectly out of the box with only a bit of tweaking required to get the operating system to support the circular display.

The Framework Terminal isn’t for sale, but if you’d like to build you own you can find more details and as well as downloads for the design files at Penk’s GitHub page.