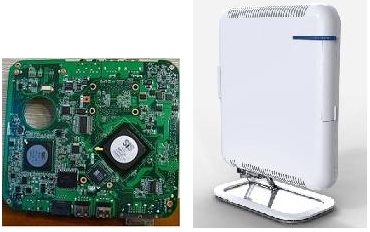 Chip maker SiS says that Pegatron will be using its graphics chipset in an upcoming low power nettop computer. The SiS672/968 chipset with inteegrated SiS Mirage3 graphics for handling 2D and 3D graphics as well as video playback and support for DTV, VCD, and DVD playback.

The Pegatron computer will reportedly also have an Intel Atom N230 CPU and up to 2GB of DDR-667 RAM. It’s power consumption will be under 22Watts, alleviating the need for a fan. It’ll have a PCIe port, 2 Serial ATA2 ports, 6 USB ports, and DVI output.

Previously, we’d heard that Pegatron was working on a nettop that would use the NVIDIA Ion platform that combines an Intel Atom CPU with an NVIDIA GeForce 9400M graphic processor. It’s not clear of the announcement from SiS means that Pegatron has changed its mind, or if the company is working on two separate products.

2 replies on “Pegatron Atom-powered nettop to use SiS672 graphics”