Pebble was one of the first company’s to make a big splash in the smartwatch space. But now that there’s growing competition from Samsung, Apple, Motorola, LG, and others, what’s an early innovator to do?

Pebble has announced it’s cutting the prices of all its smartwatches by $50, and adding new health and fitness features. 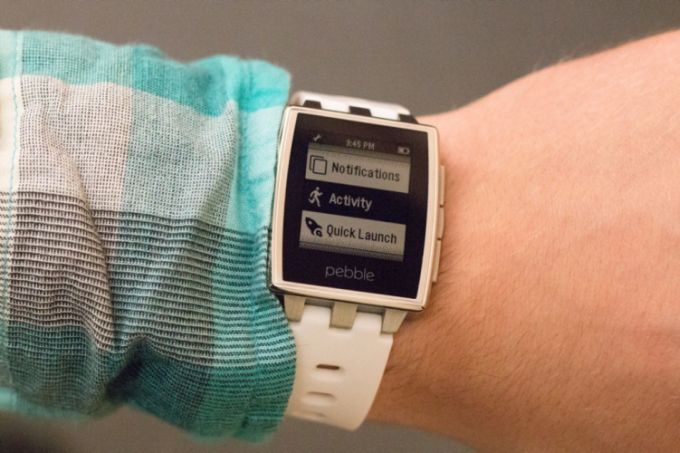 Now you can pick up an entry-level Pebble smartwatch for $99 or a Pebble Steel for $199.

That makes both watches significantly cheaper than the upcoming $350 Apple Watch and more affordable than many of the first watches designed to run Google’s Android Wear software.

Pebble is also pushing out a software update that allows the watches to continuously track activity and monitor your sleep in the background while the watch is displaying content from other apps in the foreground. The always-on fitness tracking mode will eat into the watch’s battery life a bit… but Pebble watches can get around a week of battery life thanks to their low-power ePaper displays. Color smartwatches usually get just a day or two of run time.

Misfit, Jawbone, and Swim.com have all released new fitness apps that can incorporate fitness data gathered by the Pebble.

Another component of the Pebble 2.6 firmware update is a new Quick Launch feature that lets you set shortcuts to the apps you use most from a watchface. You can long press the up or down buttons to launch those apps without digging into menus.

Pebble is also dropping the prices of its smartwatches in the UK and Europe, where the Pebble smartwatch now sells for €129 or £99 and the Pebble Steel goes for €229 or £179.