Pebble is rounding out its line of smartwatches with a new model sporting a circular display. It’s called the Pebble Time Round, and it’s probably the best-looking Pebble watch to date (although if the Moto 360 has a “flat tire,” the Pebble Time Round has a spare tire surrounding the screen).

The company says it’s also the thinnest and lightest smartwatch on the market, measuring 7.5mm (0.3 inches) thick and weighing 28 grams (about an ounce).

The Pebble Time Round is available for pre-order in the US and Canada for $249, and it should start shipping in November. 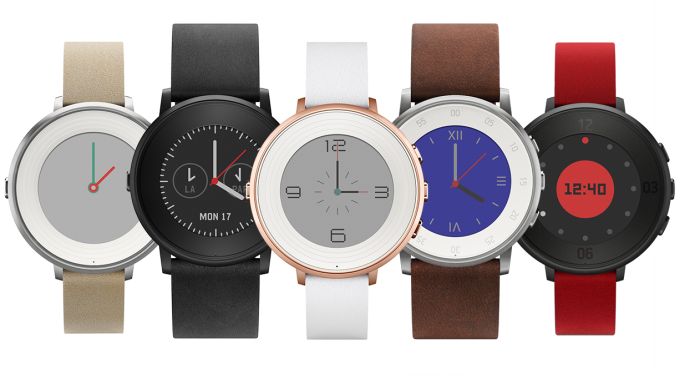 Pebble says the watch will be available in the UK later this year and in the European Union in early 2016.

The smartwatch maker has taken to Kickstarter to raise money and generate buzz for its last few watches, but this time the company says its watch will be available at launch from Pebble.com as well as retailers including Amazon, Best Buy, and Target.

The watch is available in black, silver, or rose cold and supports 20mm and 14mm bands (although the rose gold version of the watch is only available for 14mm bands).

Like other Pebble smartwatches, the Pebble Time Round has an e-Paper display with an LED backlight. This model has a color display and supports quick charging: 15 minutes of charging should give you a day’s worth of battery life. A full charge should last for up to 2 days.

Other features include a Gorilla Glass display, a stainless steel chassis and bezel, physical buttons, IPX7 water resistance (for splashes, not swimming), vibration alerts, and a microphone for voice commands. The Pebble Time Round can be paired with an iPhone 4S or newer iPhone running iOS 8 or later, or an Android device running Android 4.3 or later.