The Pebble smartwatch is a wristwatch with an ePaper display, wireless connectivity, the ability to display notifications from your phone, customizable watch faces, and support for third party apps. Starting in early 2014, it’ll be easier to find and install those third party apps.

Pebble has announced that it will launch the Pebble appstore and the Pebble SDK 2.0 in the beginning of 2014. 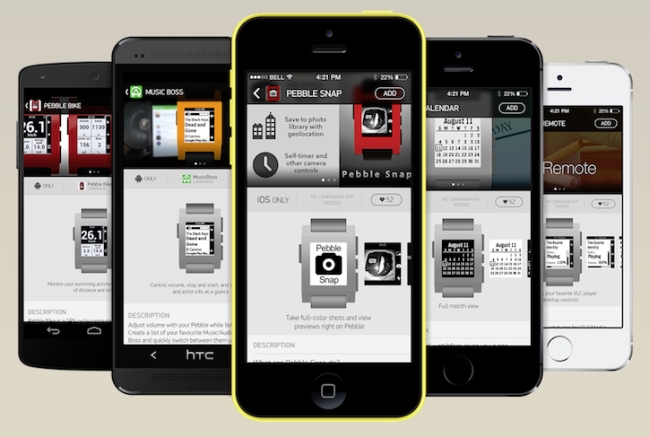 Users will be able to access the appstore by firing up the Pebble app on their Android or iOS smartphone. Apps will be divided into 6 categories, covering things like news and weather apps, notifications, games, tools, fitness, and apps that let you use your watch as a remote control for other devices.

You’ll also be able to download additional watch faces from the Pebble appstore.

At launch all apps distributed through the Pebble appstore will be available for free — although they may be designed to work with companion Android or iOS apps which developers might charge for.

The smartwatch space is still pretty new, but Pebble isn’t just one of the early players — the company also offers a relatively unique device that has long battery life, a display that’s easy to read outdoors, and a growing ecosystem of third party apps. The Pebble smartwatch is also significantly less expensive than offerings from some rivals such as Samsung.

It has a list price of $150, but you can currently find Pebble watches on sale for as little as $120

One reply on “Pebble smartwatch app store coming in early 2014”