Pebble was one of the first major players in the smartwatch space. But when Fitbit acquired the company late last year, pretty much the entire product lineup was scrapped and plans were made to only continue supporting Pebble software and services through the end of 2017.

But that doesn’t necessarily mean that your Pebble watch will become useless at the end of the year.

Pebble has just released updates to its Android and iOS apps that will allow you to keep using Pebble watches even after the Pebble cloud servers shut down. 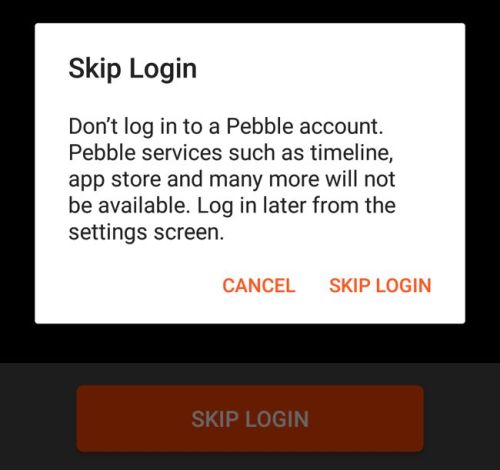 The new apps will let you skip the login process, sideload apps, and install updated firmware even if a Pebble authentication server cannot be reached… something that you can be pretty sure will happen in the future.

Pebble has also released new developer options, including an “offline mode” option that will prevent an app from even trying to communicate with Pebble servers. Developers can also “sideload a service configuration to change which servers the Pebble app communicates with,” which could allow developers to continue offering cloud-based services for Pebble smartwatch users even after the Pebble servers are gone.

Now it’s just up to developers to decide whether they want to continue investing in updates to their apps for a dead platform.

Other changes in the latest app include the removal of options to suggest new features or contact support, and health data collection and telemetry reporting have been removed.